What are your plans for the evening of Sept. 7? We think you should spend it watching the Stand Up 2 Cancer telecast, and here are our top 10 reasons why. 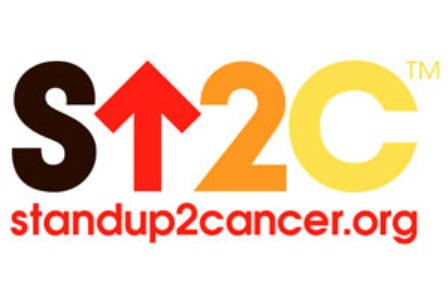 It’s for a great cause

They’re the best of the best

SU2C works with dream teams of scientists, made up of top researchers from different fields relevant to the project. Instead of competing against each other, they’re working collaboratively to come up with the best answers, using grants from SU2C.

They push the limits

SU2C’s innovative research projects are high risk, but they’re also high reward. Each project has the potential to get SU2C closer to their goal of improving the lives of those with cancer — and stopping it from happening in the first place.

Now is the time

In recent years, there have been major developments in what scientists know about cancer. Even better, more successful treatments are within reach. Now is the time to support further research.

This year, an estimated 1.63 million people will be diagnosed with cancer, and 527,000 will die of the disease. In 2012, cancer is expected to be the leading cause of death. It’s never been more important to support those fighting against it.

It’s going to be a great time

Not very often do you get celebrities and science in the same room, but they’ll all be there for the Stand Up 2 Cancer telecast. You’ll get a mix of today’s top recording artists, comedians, actors, sports stars and more. They’ll keep you entertained, and they’ll engage you with touching stories of battles fought. It looks a lot like an award show, but cancer patients of today and tomorrow are the ones who win.

Stand Up 2 Cancer marks the one night every two years when celebrities and science come together to support a fantastic cause. This is the third event of its kind. The first two events, held in 2008 and 2010, raised a collective $180 million.

It won’t be hard to find

You won’t have to go searching for this show on Sept. 7. ABC, CBS, FOX and NBC are donating one hour of simultaneous commercial-free prime time for the nationally televised fundraising special. BIO, E!, ENCORE, HBO, HBO Latino, ION Television, LMN (Lifetime Movie Network), Logo, MLB Network, mun2, Palladia, SHOWTIME, Smithsonian Channel, STARZ, STYLE, TBS and VH1 have also committed to carry the Stand Up 2 Cancer telecast, and there’s still time for other channels to jump on the bandwagon, as well.

They make it easy to donate

If watching Stand Up 2 Cancer gives you the urge to donate, there are several ways you can do it. Donate online, over the phone, through the mail or via text. An added bonus — it’s tax deductible! Find out more about how to donate by visiting the SU2C website or watching the special on Sept. 7.

Because enough is enough

Chances are, cancer has touched your life in some way (if not many ways). We all know someone who has won or lost a battle with cancer. Most of us probably know someone who is fighting that battle today. This is your chance to learn more, get involved and take a stand.

Want to know more about where your donation goes? Read SU2C’s funding model at standup2cancer.org/funding_model.