Though there’s not a cure yet, each year researchers uncover new things that we didn’t know about breast cancer causes, prevention and treatment. 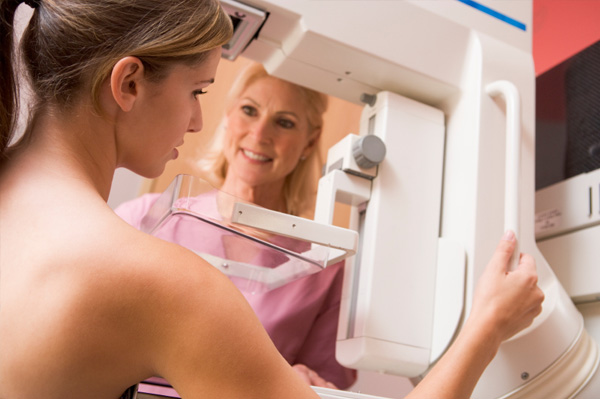 A woman’s risk of developing breast (or ovarian) cancer is greatly increased if she inherits a harmful BRCA1 or BRCA2 mutation. Approximately 60 percent of women with an inherited mutation in BRCA1 or BRCA2 will develop breast cancer sometime during their lives, compared to just 12 percent of women in the general population. Genetic tests are available to check for BRCA1 and BRCA2 mutations.

New targeted agents, such as Herceptin, have improved the survival rate of women with advanced stages of breast cancer. Tamoxifen and other targeted drugs can also help reduce the risk of developing cancer in women who are considered high risk.

Active women are at a reduced risk

To help reduce the risk of breast cancer, the American Cancer Society recommends moderate to vigorous activity for 45 to 60 minutes on at least five days a week. In the past, most recommendations were for 30 minutes of moderate exercise several days a week.

You may not need five weeks of treatment

According to the American Cancer Society, “Studies have shown that giving radiation over three weeks seems to work about as well as the standard five-week course. Other studies are looking at giving even larger daily doses over an even shorter time, such as a week.”

According to research reported in the Journal of Clinical Oncology in 2008, overweight and obese patients have a reduced likelihood of chemotherapy response than normal-weight patients.

Lumpectomy is becoming the most common approach

In decades gone by, a mastectomy was normally the preferred procedure to treat breast cancer. Now, breast-conserving surgery (lumpectomy) followed by local radiation therapy has replaced mastectomy as the preferred approach in early stages.

Vitamin D may be linked to breast cancer

According to the American Cancer Society, “A recent study found that women with early stage breast cancer who had low levels of vitamin D were more likely to have their cancer come back in a distant part of the body and had a poorer outlook.”

Researchers recently devised 10 categories for breast cancer tumors. This is an important step toward targeting treatments more precisely for patients. The study about this research was published by the journal Nature in April 2012.

Making Strides Against Breast Cancer is the American Cancer Society’s series of walking events to raise funds and awareness to end breast cancer. Find out how you can take part in the walks or otherwise help out at makingstrides.acsevents.org.

14 hrs ago
by Whitney Heins