Dating is about a lot more than asking someone out (or being asked out) and hoping you have enough chemistry to make a lasting connection. Things can get complicated when you make a few common mistakes that can really stand in the way of something good. 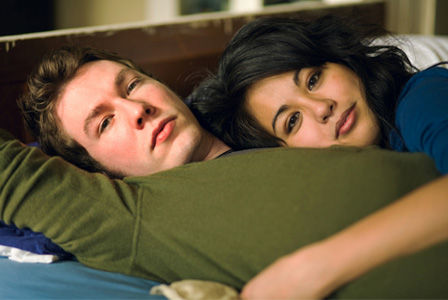 Dating is about a lot more than asking someone out (or being asked out) and hoping you have enough chemistry to make a lasting connection.

Things can get complicated when you make a few common mistakes that can really stand in the way of something good.

Getting too attached, too soon

You really like him, we get it. But getting too attached to a new guy before you even know how much he likes you can backfire. We’re not suggesting you hold your feelings in or play hard to get, but falling too hard, too fast can end in dating disaster. Take things slow at first or at least until you know how he feels. Some guys are good at giving girls the impression they’re head over heels, when in fact they’re just biding their time until someone else comes along.

Putting your own interests aside

Starting to see someone you really click with is a great feeling, but it shouldn’t mean putting your life on hold. If you have baseball practice every Wednesday night, don’t stop going just because he calls and wants to grab a beer. You can see him afterward or the next day. If there’s something in your life that’s important, don’t cast it aside just to spend more time with someone. Fit him into your schedule — don’t feel like you have to mold yourself to his.

Most of us are guilty of trading time with friends for more time with a new guy at some point in our lives. While it’s completely understandable to want to spend as much time with a great guy as possible, it’s not fair to cut off your friends entirely. You can explain that you’re having a great time and falling for someone so you don’t have as much time for them, but do make time for your friends, too.

Just because you like someone and things are going well after several dates doesn’t mean you’re going to hang out every day, all day. He might have things he wants to do alone or friends he wants to hang out with. That doesn’t mean he doesn’t like you. It just means he has interests of his own, which is normal and healthy. Expecting him to do everything with you might end up pushing him away, so try to avoid getting too clingy.