Accept your flaws and love yourself for who you are. Easier said than done, right? Here are the inspiring stories of two women who have come to terms with their so-called flaws. 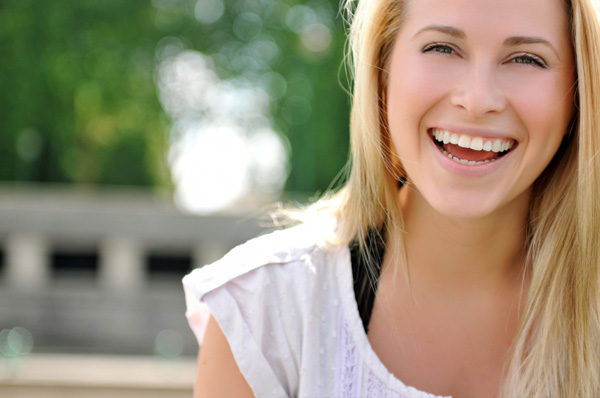 From big thighs to legs of steel: Getting comfortable in her own skin

Before sharing her favorite flaw, Debra L. took a moment to appreciate how much her self-acceptance has evolved over the past decade. “Combining the words ‘favorite’ and ‘flaw’ in one sentence would have seemed impossible in my 20s,” she said. “After all, aren’t we always trying to fix these aspects of ourselves that make us cringe?”

“As I near my 40s, I’ve come to accept that there are certain flaws I must live with — maybe even grow to accept,” said Debra. “I would have to say of all my flaws, my favorite would be my big, athletic thighs.”

When asked how she felt about her legs at a younger age, Debra answered “My short, stocky, athletic legs have bothered me for years. I can remember during my high school years, trying to find jeans that fit both my thighs and my waist, which were not quite in proportion. It was an annoying challenge. I always had an abundance of cute tops in my wardrobe, but few bottoms that I actually felt comfortable or confident in.”

So what changed her perspective? This past year Debra trained for her second half-marathon. “I’d say this was the turning point in how I felt about my thighs. Instead of feeling like they stuck out and were always in the way, like two thick trunks, I started to look at them as my two powerhouses. They got me up hills and allowed me to sprint. The fact that each run depended upon my two legs, and that my thighs were the power source behind these legs, allowed me to embrace them. ‘Love’ may be too strong a word, but I have definitely come to a happy place where my thighs are concerned.”

From floater to fearless: Coming to terms with individualism

Kimmie S. says it’s her individualism that she’s learned to embrace as a flaw that’s uniquely hers. At the age of 40, Kimmie says she appreciates her individualism because it has allowed her to be true to her own spirit and follow her life’s calling.

When asked if this characteristic ever bothered her, she emphatically replied, “Oh, it’s bothered me alright! Growing up in high school I never felt like I fit into any one single group of friends. I envied people like my sister who had one solid group of friends that they could always count on to hang out with, eat lunch with, and just generally be there.” Kimmie says she was more of a “floater,” which often left her feeling lonely.

While Kimmie says she gradually learned to accept her individualism, it still makes things difficult at times. “I have a tendency to raise my voice regarding issues that concern me in a way that sometimes seems to alienate people as being overly pushy, aggressive or condescending.”

Despite the challenges, however, she says, “I really don’t think that I would have things any other way. I think that being isolated within one single group would have been extremely hard for me, and I feel that my independent spirit has opened many doors for me, such as friendships with exchange students from all around the world — one of which led me to living overseas, where I have an extremely rich and full life.”

Even though her strong views sometimes get her into trouble, Kimmie says it’s those views that have helped her work for social change to make our world a better place.