Dating in “the future” (which is now, by the way) is getting weirder and weirder, largely thanks to technology. Some gizmos we see advertised have made dating more convenient (online dating, for example), but some, like the apps below, have almost taken the human component out of dating altogether. Is that a good thing or a bad thing? You be the judge! 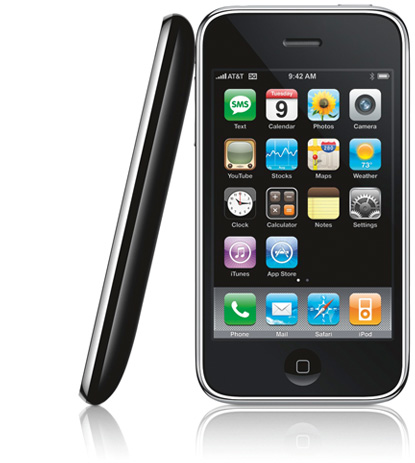 Cell phones are the new wingmen

Dating in “the future” (which is now, by the way) is getting weirder and weirder, largely thanks to technology. Some gizmos we see advertised have made dating more convenient (online dating, for example), but some, like the apps below, have taken the human component out of dating altogether. Is that a good thing or a bad thing? You be the judge!

Did you see the short film Sight, made by a team of visual arts students, that examined what dating would be like if it were an eyeball-implanted app? (If not, check it out here!) The apps below don’t go that far, exactly, but we might be closer than we think to a future in which dating resembles Minority Report more closely than When Harry Met Sally. Not to freak you out or anything.

If you’ve already sensed that you might be going on a bad date, you might have had the foresight to ask a friend to call you in the middle of dinner and provide a previously agreed upon excuse to get you out of there, pronto. (Remember that Sex and the City episode when Charlotte had Carrie call her to tell her “something bad happened?”) If you didn’t, well, you’re on your own, lady.

But wait! Now you can download eHarmony’s Bad Date Rescue App. Choose a scenario — your mom calling to say your sister is having a baby, your super telling you the apartment has sprung a leak, or, our personal favorite, “Your boss, who just found out everything in the office isn’t working and needs your help NOW!” (gah, don’t you hate it when “everything in the office” is broken?) — and the app will call you at a pre-scheduled time. (Or do a one-touch “quick rescue” starting in three seconds, one minute or five minutes.) The phone call looks almost exactly how a regular call on your smartphone would, and there’s a real (pre-recorded) voice at the other end, so only you know it’s a ruse — depending on how gracefully you exit, of course.

If your acting skills aren’t perfectly polished, you can choose the “Repeat After Me” script and simply say what the voice tells you to.

Should you use it?: Hey, why not? Suddenly receiving an emergency phone call in the middle of a bad date sounds fake already, so getting it from a robot won’t be that much of a stretch.

So you’ve met someone amazing at a party, but they left before you could exchange info. Aw, we hate it when that happens. With the Friendthem app, however, you can check out the Facebook users around you and find that person, without having to search for them. Boom — friend request sent. Catch is, they have to be using the app too.

Should you use it?: Only if you’re fairly sure that the person receiving the phantom friend request won’t be freaked out. Hint: Some people might be, but if they’ve downloaded this app, they’ll probably just be psyched someone else is using it. 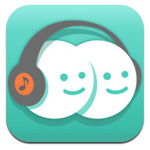 What type of music a person listens to can tell you a lot about what your relationship might be like. Case in point: If you decide to date a rabid Phish fan, prepare yourself for what could be a lifetime of road trips, tours, jam sessions and patchouli. It’s good to know what you’re getting into from the outset, which is where MusicBunk comes in: Invite your crush to be your “bunkmate” via the app, and after he or she accepts, you can browse, comment on and listen to 30-second clips of all of the music that has been synced to their smartphone. The app makes it easy to see which songs you have in common and what their playlists are titled. (Pro tip: If he has a list called “Girls Are Psychos,” back away slowly.)

Should you use it?: Definitely! As long as you’re prepared to be roundly mocked for your extensive collection of the Britney Spears canon circa 1999.

You’re digging a certain guy, but is a relationship in the stars? Find out with MoonIt, which delivers horoscope-based “relationship compatibility results” for two people. If you’re lucky, you’ll get a message like this: “You’re 98% Compatible, We Hear Wedding Bells! You may have just been out to play, but it looks like you’ve stumbled upon your soul mate…”

For MoonIt to work, the object of your affection has to use the app too, so if you’re trying to flirt with a dude in real life, you can jokingly suggest that he download it so you can see if the stars think he should buy you another drink or if you should part ways. MoonIt is essentially a location-based dating app, so you can also meet guys in your vicinity who love horoscopes as much as you do. (If that is, in fact, the kind of person you’re hunting for.)

Should you use it?: Make it clear to a guy you meet in real life that you’re just doing it for fun, and if he’s game for downloading the app (it’s free!) and checking out your compatibility, it could be an amusing conversation-starter. If he refuses to play ball, you’ll either know he’s not interested or that he’s a stick in the mud. In that case, next!

None of these lines is going to win anyone a roll in the hay (at least we hope not), but despite the spelling errors, grammatical mistakes and general cheesiness, iPickupLines is decent for a good laugh — or for getting a few ideas when you start a conversation with a guy you’re interested in. Think: “So what’s the cheesiest pickup line you’ve ever heard? I think my favorite is ‘I was blinded by your beauty, so I’m gonna need your name and number for insurance reasons.'”

And there are loads more where that came from, ladies. (We confess, we actually kind of like this one: “Apart from being sexy, what do you do for a living?”)

Should you use it?: Don’t employ it earnestly, but it’s fun to page through with your friends for a laugh.

More stories about love and tech

“Crazy”-proof your online dating profile
How to take a safe, sexy pic for your man
Love and gadgets: Tech etiquette for couples