One of the biggest things that could be standing in the way of you finding the right person or allowing yourself to build lasting connections with the guys you do like is your inability to let go of the baggage from breakups past. 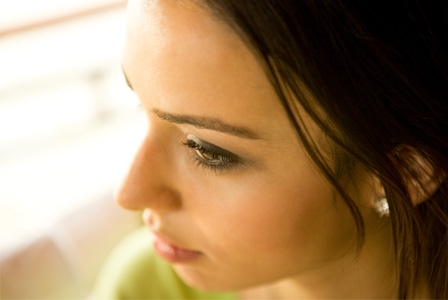 If you feel particularly unlucky in love and you think your past relationships may be to blame, we’re here to help.

Get rid of physical reminders

It’s amazing what we hang on to long after breaking up with someone. One woman we talked to, a dental hygienist in her early 30s, still had love letters and poems written by her boyfriend from the 10th grade! We understand nostalgia and the fact that you might not want to get rid of mementos that mean a lot to you, but if you’re still carting around literal baggage in the form of gifts and forgotten items left behind when various relationships ended, it’s time to purge your space of anything that has negative emotions tied to it. This is your first step in letting go of your ties to exes past.

What to do instead: Just because you’ve met a string of losers doesn’t mean you’re destined to only date duds. Focus on having a more positive dating attitude and believing that you deserve someone who’s going to treat you right.

Stop being a victim

If you’ve been burned by not-so-great guys in the past, it can be easy to get down on yourself and start thinking of yourself as a victim — as someone slimy jerks seem to prey on. But the more you think like that, the more likely you are to end up attracting the wrong guys — guys that don’t deserve you.

Leave the past — in the past

Emotional baggage can be just as cumbersome — if not more so, than actual baggage. The more you obsess about past relationships, the harder it’s going to be to give a new one a chance. Your current guy deserves a chance to prove he’s different from all the other guys who let you down, so don’t look at him like he’s your ex in disguise. All you can do is learn from the past and use it as a guide. Now that you know what not to do and what not to look for in a relationship, you’re free to start fresh and move forward.

Chances are the string of relationships that left you in a state of disrepair also left you with some habits that need to be broken. Maybe you got used to letting someone else make all your decisions or feeling like you didn’t get any say. Or perhaps you’re used to doing everything for your guy, from stocking the fridge to making the bed. Whatever the negative patterns were that you got used to, it’s time to let them go. It’s time to have the relationship you want to have. Make a list of all the things you don’t want to happen in your next relationship — and stick to it.

Are you ready to move on? 4 No-fail ways to tell
6 Things to do instead of texting your ex
The best ways to start fresh after a breakup