The time has come again for the annual Avon Breast Cancer Walk. Join the hundreds of thousands of people who have united to support the fight against breast cancer. 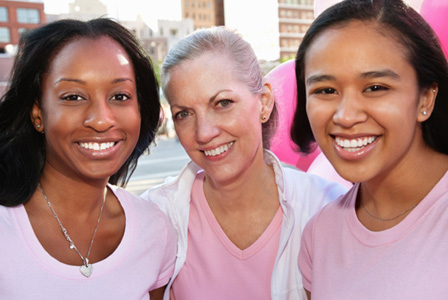 Avon Breast Cancer Walk is an annual 39-mile walk with the purpose of bringing awareness to breast cancer. Founded in 1955 by the Avon Foundation, this event takes place in approximately 30 to 40 carefully selected states. Unlike most walks which consist of one day, the Avon Walk stretches over a two day span. Participants will spend the night in the wellness village which will act as your home away from home. A two person tent will be provided as well as the essentials such as: food, hot water for showering, medical services and a common area for meet and greets with other participants. Through the Avon Foundation charity walk, all proceeds go toward screenings, diagnosis, access to treatment, support services and scientific research.

The Avon Foundation was established in 1955 to help women achieve their highest potential of economic opportunity and self-fulfillment with scholarships and occupational training. Women’s empowerment continued to be the focus through the early 1990s while also increasing philanthropy with a new emphasis on breast cancer. Today, the Avon Foundation focuses on two key causes, breast cancer and domestic violence, but has expanded into other social issues, such as domestic violence and major disaster relief.

The Avon Foundation has grown to be a leader in beauty and philanthropy. Since then, it has become the leading corporate-related philanthropic charity in the entire world created for women, by women. It has since raised over $740 million in the past 20 years toward breast cancer alone.

If you are unable to walk, don’t be discouraged, as you can get involved in this wonderful charity by donating online through the Avon Foundation website or by mail.

Sign up for a walk and learn more about the Avon Foundation here.

6 hrs ago
by Dena Landon