Get ready for Obamacare — it’s officially on the way. 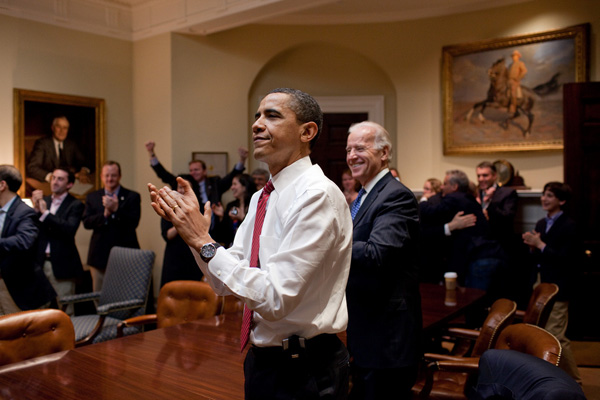 In a 5-4 vote, the Supreme Court today decided to uphold a mandate under the Patient Protection and Affordable Care Act that requires Americans to have health insurance. According to the court, the mandate is viable as a tax even though it is prohibited according to the Constitution’s commerce clause.

The move gives the go-ahead for federal and state governments — as well as health care providers — to proceed with plans for the overhaul.

“If an individual does not maintain health insurance, the only consequence is that he must make an additional payment to the IRS when he pays his taxes,” Roberts wrote in his argument. He specified that the mandate was not a requirement to purchase health insurance, but said going without health insurance is now subject to government tax.

Roberts was careful to add: “We do not consider whether the act embodies sound policies,” to his opinion. He says that judgment is for elected leaders to make.

“We ask only whether Congress has the power under the Constitution to enact the challenged provisions,” he continued.

Some Republicans in the House of Representatives are still vowing to appeal the law, but in a Democratic-controlled Senate, it could be a tough call.

President Obama is hailing the decision: “It’s the right thing to do.”

Republican presidential hopeful Mitt Romney, who faces Obama at the polls in November, expressed his opposition to the decision, vowing to get rid of it if elected.

“If it [the mandate] is deemed to stand, then I’ll tell you one thing. Then we’ll have to have a president — and I’m that one — that’s going to get rid of Obamacare. We’re going to stop it on day one.”

Sources cited on CNN and Yahoo were used in this story.