Put your walking shoes on and help the Make-A-Wish Foundation grant the wishes of children suffering from life-threatening illnesses.

The Make-A-Wish Foundation has been granting wishes to children with life-threatening illnesses since 1980. The success of this organization began with the first wish, which was granted to seven-year-old Christopher James Greicius, who was battling leukemia when his wish to become a police officer came true. U.S. Customs Officer Tommy Austin, who was a family friend of Christopher and his mother, promised Christopher a ride in a police helicopter, but little did he know his act of kindness to a dying child would turn into a national organization that has granted more than 200,000 wishes to children facing degenerative diseases.

Christopher’s wish to become a police officer was realized with a day full of touring Phoenix in a police department helicopter, meeting the DPS command staff, and being sworn in as the first honorary patrolman in Arizona state history. Christopher was even issued a custom-made DPS uniform and earned his wings with a motorcycle proficiency test on a battery-operated motorcycle. This wish inspired Frank Shankwitz, Scott Stahl, and Christopher’s mother Linda Bergendahl-Pauling to found the Make-A-Wish Foundation and give other children suffering from life-threatening conditions a chance to make their wishes come true. 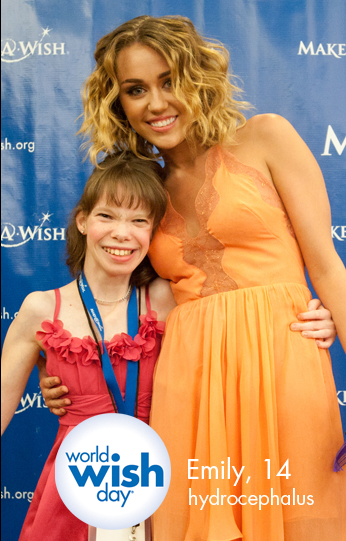 Make-A-Wish has grown immensely, and today a wish is granted to a child every 40 minutes. Wishes have ranged from meeting celebrities and sports stars to visiting Paris and going on Disney Cruises. Every wish is tailored to the individual child and is granted with the help of volunteers, donors and corporate sponsors like Disney, Macy’s and Royal Caribbean. The foundation also awards the Chris Greicius Celebrity Award for outstanding dedication to wish-giving public figures who have made impressive efforts to grant wishes and raise funds for Make-A-Wish. The 2011 award was given to Justin Bieber for his help in granting 90 wishes to children and for raising money for the foundation through his BELIEVE charity drive.

Make-A-Wish relies on the support of donated funds to continue granting wishes to children around the country. Walk for Wishes is a walk to raise funds for wish granting and awareness for the foundation, and walks are organized by individual chapters of Make-A-Wish.

Sign up for a walk and learn more about the Make-A-Wish Foundation here.