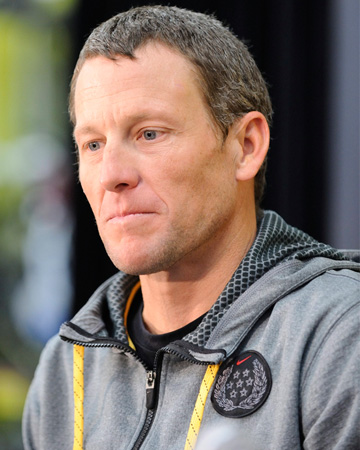 If proven, these charges could not only lead to Armstrong being stripped of his seven Tour de France titles, but could also ban him for life from cycling competitions, as well as other events that abide by the World Anti-Doping Code.

Since retiring from cycling, Armstrong has competed in triathlons, but has already been suspended from events organized by the World Triathlon Corporation.

This isn’t the first time the athlete has faced doping charges. In fact, previous charges that were under federal investigation for two years, were just dropped several months ago.

According to the Associated Press, Armstrong, members of his team and team doctors were notified of the charges in a letter sent this week by the USADA. The organization notes that evidence of doping involvement goes back to 1996, and includes witnesses who will testify that they either saw Armstrong use the drugs or heard him talk about using them.

Check out the top female athletes >>

The letter also states that blood samples taken from Armstrong in 2009 and 2010 are “fully consistent with blood manipulation including EPO use and/or blood transfusions.”

In a statement Armstrong said, “I have never doped, and, unlike many of my accusers, I have competed as an endurance athlete for 25 years with no spike in performance, passed more than 500 drug tests and never failed one.” According to Armstrong, the allegations are “motivated by spite.”

Armstrong has until June 22 to file a written response to the charges.

Read these cycling and fitness tips

4 hrs ago
by Jessica Toscano