Trying to make a love connection when you’re crampy and bloated isn’t our idea of a good time, but did you know you can actually double your chances of scoring a hottie if you wait until you ovulate? 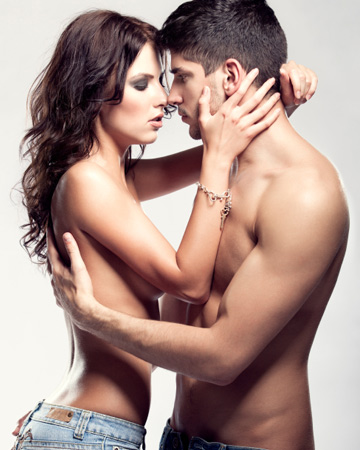 Scientists studied a notoriously un-romantic establishment (a strip club) and found that a woman’s subtle fertility signs aren’t such a secret – and even a kid-phobic bachelor is more likely to respond when your baby maker is looking for a mate.

The best study ever

Geniuses at the University of New Mexico wanted to find out if a women’s menstrual cycle had any financial consequences, so they diligently studied the books at a strip club to get the facts. What they found was that a dancer was likely to average a whopping $70 an hour during her peak fertile time of the month – a far cry from the dismal $35 an hour she’ll make during her period.

The findings proved that even subtle or unconscious fertility signals can really add up to increased male attention. Changes in body odor, skin tone and waist-to-hip ratio are just a few of the microscopic shifts that men can unwittingly detect. Most women also admit their sex drive increases during ovulation, which means you may be more likely to dress provocatively and have the courage to make the first move.

A tough pill to swallow

What does this mean for the estimated 63 percent of women on the pill? The news is not good. Since the pill by design produces early pregnancy hormones, bachelors looking to spread their seed will suspect you’re already spoken for and move on. According to the study, dancers on the pill averaged $37 an hour with no peak versus $53 an hour for dancers who use non-hormonal forms of birth control.

Learning from our cavewoman roots

How can we put this scientifically brilliant data to use? Even if you’re not looking to start a family, you can still watch your cycle closely and use it to your advantage. If you’re in the adult service industry, chart your periods or take over-the-counter ovulation tests and double up your shifts during peak fertility times. If you’re just a girl standing in front of a boy asking him to love you, maybe don’t ask while Aunt Flow’s in town.

Other signs of ovulation:

Things to do while you’re in the unfertile valley:

Test the theory: Step out in your hottest outfit this month and see what happens next.

3 Unique ways to boost your libido
Top 3 ways to make sex more interesting
Brr! How to use sex to warm you up