Yogurt is a versatile ingredient that can cut the fat and calories in many of your favorite recipes. Use it to increase the nutritious nature of your food without taking away from the taste and texture of the dishes you love. 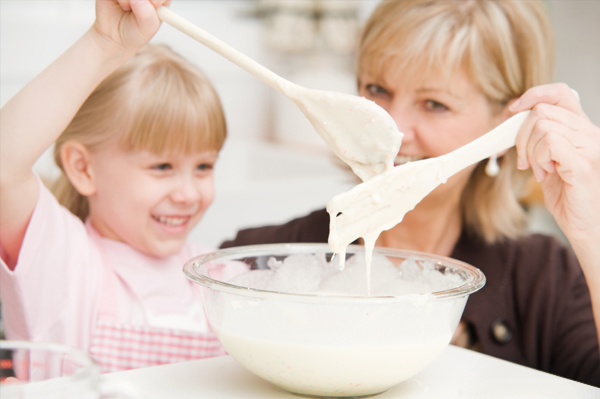 Clean up your cooking

Cooking with plain, non-fat yogurt is an easy way to cut the fat and calories in many recipes. In many cases, the substitution ratio is one to one, so all you need to do is replace an ingredient without worrying about a change in the consistency of your cooking. For example:

Lighten up your baking

Speaking of creamy recipes that are normally considered major splurges — yogurt can also be used as a substitution for cream cheese in many cheesecake recipes. Make the switch and find out if your friends and family even notice a difference!

Yogurt is a popular substitution in baking because it can cut the fat without killing the flavor. Try cutting back on butter by replacing half of it with half as much yogurt. So if your recipe calls for one cup of butter, replace it with 1/2 cup butter and 1/4 cup yogurt. Oil can also be reduced in recipes. Just replace 1/2 of the oil with 3/4 of the amount of yogurt. Sub vegetable shortening and heavy cream cup for cup with yogurt.

Reduce the cholesterol and the fat in your cooking by using yogurt as an egg substitute, replacing one egg with 1/4 cup of yogurt. This ingredient swap works particularly well in baking quick breads, cakes and muffins.