You watched her whip people intp shape on Thintervention. Now celebrity trainer Jackie Warner is sharing her flat ab secrets with SheKnows and teaching us five moves to get a sexy stomach for summer! 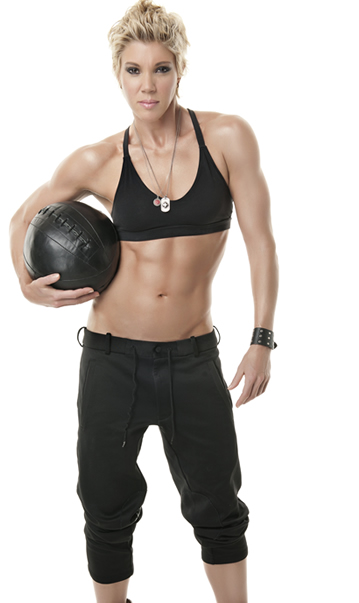 You watched her whip people into shape on Thintervention. Now celebrity trainer Jackie Warner is sharing her flat ab diet and exercise secrets with SheKnows and teaching us five moves to get a sexy stomach for summer!

Jackie Warner’s ab are the envy of all of her fellow celebrity trainers. “It’s been said that I have the best abs in the business,” Warner said when we met up with her for a sweat session at rooftop gym, Sky Sport and Spa. Warner has trained celebs like Alanis Morissette and recently created a free workout DVD for people suffering from psoriasis, Fit in Your Skin. But it’s Warner’s own famously chiseled physique that we are interested in. With beach season rapidly approaching, Warner shares her tips for a sexy stomach and five sure-fire moves to get that sixpack.

Clean up your diet

“Abs are 75 percent diet,” says Warner. “You have to clean up your diet. Cut out processed foods. You don’t want to eat factory-farmed meats. You want to eat organic fruits and vegetables.”

Drink a lot of water

“You want to drink three liters of water a day,” Warner tells us. “It boosts your metabolism by 33 percent. You’re going to find that you’ll be able to see the musculature in your abdominal region if you just drink a lot of water.” 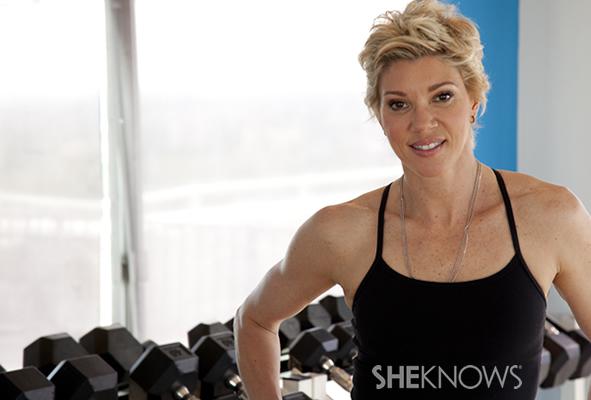 What are  5 foods you recommend for a flat-ab diet?

“I’ve always said crunches are a waste of time,” says Warner. “They’re the slowest way to actually build the abdominals. You need to really be working the upper, lower and the obliques. I like doing crunch-free abdominal work.”

“I love free weight training,” Warner says. “Better than any crunches or sit-ups, a regular ‘man-style’ push-up or squat is the best way to get good abdominals.”

16 hrs ago
by Dr. Lexx Brown-James