Today the number of women in the workforce and among college campuses is soaring. There are now more women than men with bachelor’s degrees and women make up three-fifths of graduate students. 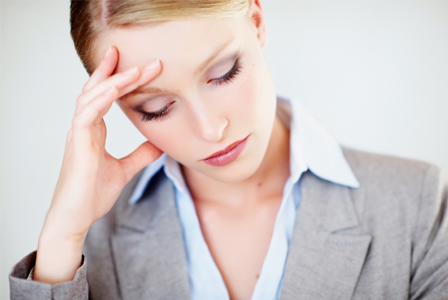 In 39 of the 50 top urban markets, women are making more than their male peers. And, in nearly half of American households, women are the breadwinners. But as women work their way up that career ladder and begin to out-earn their husbands or partners, cheating is on the rise.

According to new research, when a man is completely financially dependent on his female partner, he is five times more likely to cheat than men who contribute an equal amount to the partnership.

Traditionally, men’s identities — and tender egos — have been entwined with their identity as breadwinners. Men used to bring home a majority of, if not the entire household income while many women had the luxury of staying home and raising their children. Men were typically providers and protectors and women were nurturers. In fact, women married a man based on the amount of resources he would one day provide for their children — but not in our culture today. Today, we are seeing traditional gender roles reversed, blurred and even disappear in relationships. We’re headed into the era of the “independent woman.”

As we make the shift from egalitarian to equalitarian partnerships, we need to keep in mind what this means for our relationships, especially in terms of infidelity. There are consequences for female breadwinners as they take on the roles as provider, protector and nurturer. That’s a lot of work for one human being! Men, in turn, may take a hit to the ego and feel that their gender identity is being threatened, unable to fulfill the role as the family provider. And while his wife is busy working her butt off, he may stray.

So what exactly does this mean? If your man makes less than you, make sure he has buckets of self-esteem. Reward him with compliments (and sex) when he undertakes non-traditional gender roles. Women love to micro-manage men when they become domesticated.

Also, if he’s not the primary earner, make him the primary protector of the family assets. Have him manage the finances. And, please encourage him to golf with the boys or join a garage band. If you’re lucky enough to have a partner who does diaper duty by day, give him some activities that remind him he’s all man at night.