Moms often have the best love lessons, if they’d only deliver them in a way that didn’t seem so, well, annoying. In this series, I’m exploring the valuable dating tips that we may have resented at the time. Please join me in saying, “OK, Mom. You were right.” 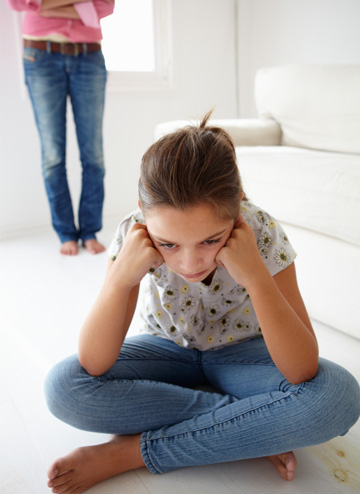 When she was in the 5th grade, Marilyn had a crush on a boy in her class. One day at school, she heard that he planned on asking her to be his girlfriend. She was delighted and extremely nervous at the possibility (ah, youth!). Not knowing what to do, she asked her mom for guidance.

“Mom, he’s going to ask me to be his girlfriend. Should I say yes?”

Her mom replied brusquely, “You’re 10. What are you going to do, hold hands?”

Marilyn was devastated. She looked to her mother for genuine help and received a dose of bitter sarcasm instead.

That rough response silenced Marilyn and set a disappointing precedent. As the years went by, her mother offered more coarse advice and painted a terrible picture of coupledom. In her teens, Marilyn’s mom warned that having a baby would doom her to a “trailer park life.” Fearful of a confrontation and negativity, Marilyn grew up avoiding relationship conversations with her mother. Instead, she gleaned dating tips from other sources, such as girlfriends and romantic comedies.

I had a similar experience with my mom when I was in college. After being in a loving, committed relationship for over a year with a guy my mom didn’t seem to like, she took it upon herself to proclaim, flatly and seemingly out of nowhere, “You know it’s better to date around, right?” After that passive aggressive question, she stared at me through her glasses with pursed lips, raised eyebrows and a chilling look of disapproval.

Sound familiar? Whether it’s your own mom or unwelcome comments from another person in your life, tough love stings. It might feel like your mom lacks faith in your own judgment; however, I urge you to manage those hurt feelings and take a moment to consider the source.

To steal from writer and artist Austin Kleon, “All advice is autobiographical.” In other words, when our mothers give us dating advice, realize that they’re using their own life experiences as a guide.

In Marilyn’s case, her mother had a child at a very young age and didn’t wish that for her own daughter. My mom married young as well. Our moms shared the same perspective whether we were 10 years old or 20: It’s not a good idea to couple up at a young age. Women of their generation settled down early and, thus, may caution their own daughters against following the same path.

Now, it seems that my generation is heeding the advice. A new study from the Pew Research Center found that more of today’s women identify career success as a high priority, whereas women 10 years ago did not. Another study has shown that members of Generation Y are delaying marriage and parenthood in order to focus on gaining a stronger financial foothold.

Moms, apparently we heard you. We now know that you meant well, even if you were harsh at the time, and according to the newest statistics, your advice seems to be working.