Have you ever been in a long-term relationship with a firm expiration date? In the last article of my “Act like you know” series, I shared how being married to a show taught me how to cherish the time spent in a relationship. 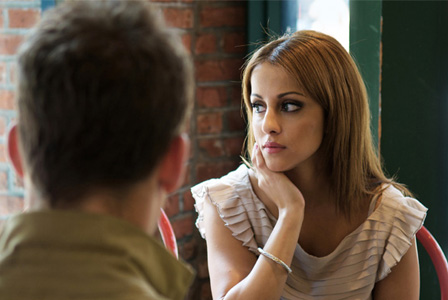 They don’t cover this on Smash, but most musical theater actors can spend years performing on tours and in regional theaters outside of New York. We pack our bags and dedicate months of our lives to being singing, dancing vagabonds. Essentially, taking a long-term contract means that you’re married to a show. No matter what city you’re in and what you do during your free time, you’ll always come home to the same show at night.

I’ll never forget how exciting it was to experience this lifestyle for the first time. I was fresh out of college and happy to be in it for the long haul. After all, I love performing, and being cast in this particular show fulfilled a childhood dream. I didn’t mind sharing an apartment with other members of the ensemble nor did I mind the demanding schedule. All that mattered was how thankful I was to perform every night. It was great… for about three months.

The honeymoon phase was over

After we’d been together for a while, the cast grew sick of each other and endured some hostile get-out-of-my-face-we-spend-too-much-time-together moments. I struggled for alone time. Cliques formed and some of us broke away for poker games or squeezed in day trips to the Grand Canyon. However, despite all of this, we remained faithful and committed to our show night after night.

In our final weeks, something beautiful happened. Knowing that a breakup was on the horizon seemed to ease the tension. It all became fun and enjoyable again. There were lots of hugs and smiles because we cherished the work we had put in and what we had accomplished together. When the show closed, we parted ways and wished each other well.

In the dating world, it would be a lot easier on our nerves if we knew how long we were meant to be together. If we knew exactly when the show was supposed to close, we’d probably be in that happy land of “You rock!” hugs and have the freedom to lovingly validate one another without fear. Breaking up would be a simple matter of packing up your things and sending, “What’s up? Miss your face. Hope you’re well!” texts a week later.

I feel that we can set the terms of our relationship contracts (and, no, I don’t mean telling your date outright, “Yeah, we’d have a great summer romp, but don’t think about putting a ring on it.”). However, I’ve learned that we can gauge whether or not we’d like to remain somehow connected to a person for the rest of our lives.

We can set the terms of our associations. At the very least, we can find comfort in trusting that they’ll be a sweet Facebook friend after all of the romantic dinners and makeout sessions are over. I’ve learned that if you can go into any relationship with a commitment to kindness, you’re free to enjoy the time together, however long that may be.