The wedding of ‘100,000 moons’ is happening this Saturday on the television channel The Hub: The My Little Pony Royal Wedding. Yes, we’re serious: The adorable dolls we all played with as youngsters are celebrating the one-year anniversary of the wedding between Kate Middleton and Prince William with a celebration of their own. Now, what on earth will we wear? 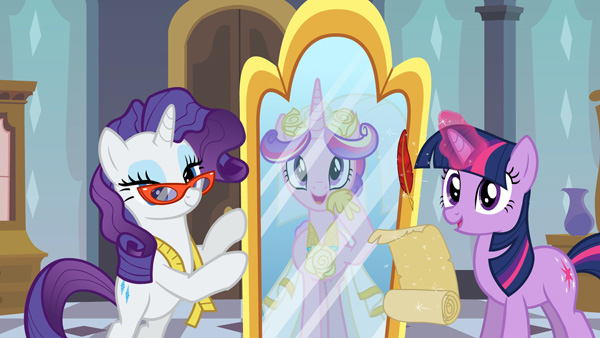 Remember playing with your My Little Pony dolls as a child? Of course — we all do. Well, get ready to release your inner child this Saturday when Tori Spelling hosts the My Little Pony: Friendship Is Magic‘s royal wedding live on The Hub. The wedding — between Princess Mi Amore Cadenza and Shining Armor — starts at 1 p.m. EST and guests will include everyone from Twilight Sparkle to Pinkie Pie. In other words, it’s a super important event.

My Little Pony: Friendship is Magic, set in the magical land of Equestria — a kingdom populated by colorful ponies — follows the studious young unicorn Twilight Sparkle and her five pony friends as they teach one another about the most powerful magic of all, the magic of friendship! In the two-part episode “A Canterlot Wedding,” the kingdom is in a frenzy preparing for the wedding of Princess Celestia’s niece, Princess Cadance, to Twilight Sparkle’s brother, Shining Armor. However, Twilight Sparkle discovers a dark secret about the bride that could ruin her brother’s “happily ever after.”

“We’re just trying to tell really great stories, and I think that’s why we got the adult fan base that we did,” showrunner Meghan McCarthy told Entertainment Weekly. While it’d be easy to indulge that adult audience with rapid-fire references and sarcastic dialogue, McCarthy and her team resist the urge: “Some pop culture-y things are thrown in, but we don’t want to do anything that’s too ‘wink wink.’ It detracts from the story that we’re trying to tell.”

We’re totally pumped to watch this — both because it lets us relive our childhoods and gives us a reason to dress up! The My Little Pony royal wedding is sure to be a colorful affair, so it’s only natural that we get colorful with our clothing (though we’ll try not to upstage the bride!). 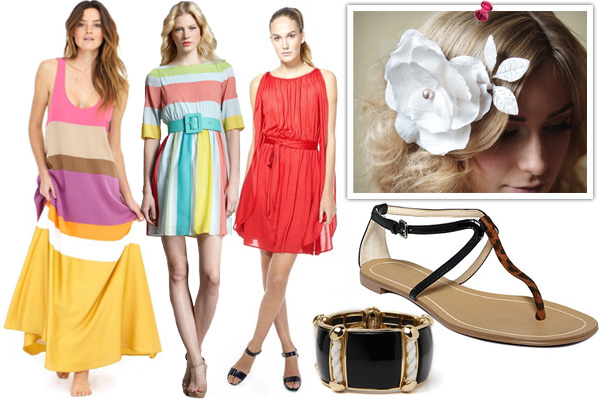 For dresses, we love this Ali Ro Colorblock Silk Maxi Dress from Saks Fifth Avenue — it’s on trend, too! We can wear it all summer, so it’s not a bad investment. We also love this Anita Striped Belted Dress from Bergdorf Goodman and Marc Jacobs’ Lucinda Jersey Dress.

As for accessories, we want to keep with the floral headwrap theme with this white flower headband from Etsy. Pair it with a rope bracelet from Bauble Bar and some strappy sandals for an appropriate My Little Pony wedding look.