Sometimes single women get a bad rap, and people often make assumptions about those who are unattached that just aren’t true. We decided to take a closer look at some of the most common cliches and myths about what it means to be single and blow them wide open. Here then are some of the most laughable lies — debunked. 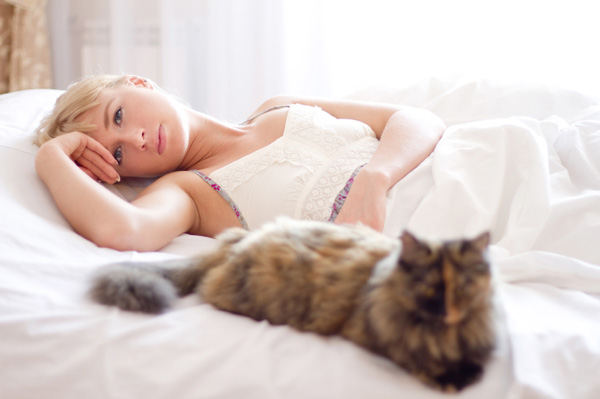 When you’re single, especially among friends who are part of a couple, you often get treated like a charity case. Your mom worries about you, your married friends want to set you up and everyone assumes you must be lonely. Not true. Being single means having ample time to spend with friends. You don’t have to worry about making sure someone else knows where you’re going to be or who you’ll be with. You’re free to mix and mingle as you please without having to factor in what a partner may or may not want to do. In other words, singles are actively social and know how to have a great time.

This is another single girl myth we scoff at. Being sans beau doesn’t mean you’re willing to date the next slouching, unemployed loser that happens to grunt in your direction. And no, you don’t need to be set up with your cousin’s friend’s brother with the dandruff problem and bad breath (thank you very much). Just because you’re not dating anyone right now doesn’t mean you’re desperate for companionship.

This one puzzles us even more than the first two items on our list. Why do people think that if you’re single you just sit around the house all day? Being single does not mean being bored or living life as if you were in a convent. Trust us when we tell you that that the single women we know are adventurous, active and ready for anything. Where this myth started we don’t know — we just know it’s got to go!

Just because a gal isn’t in a relationship doesn’t mean she’s afraid to walk down the aisle. Women are either single because they don’t want to be tied down (which seems to be fine for the guys) or because they haven’t found the right person. It can be hard for people in happy, committed relationships to understand why their single friends remain unattached — but everyone finds love at different times.