The actor’s lifestyle — a constant cycle of auditions and bookings — has taught me that there’s more to life than waiting for the phone to ring. So, when you’re wondering when he’s going to call next, I recommend taking the stress out of dating by shifting your focus on to something else — even if it’s another date! 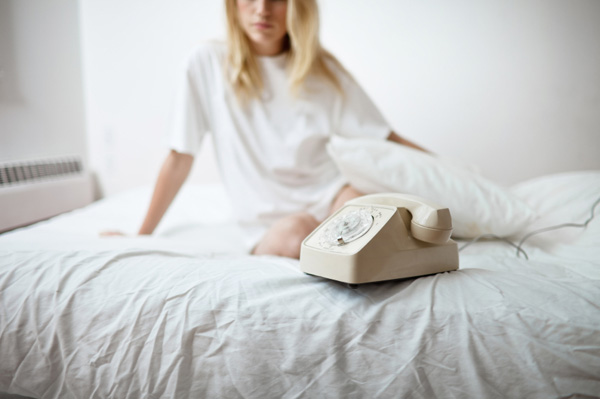 We’ve all been in that waiting game scenario that goes something like this: You meet a guy, perhaps you go out on a fun getting-to-know-you date, you get excited at the thought of another date, and then a couple of days go by and you wonder, “Are we ever going out again?”

Yes, the obvious answer is go ahead and call him. (Though, if you ask actress Demi Lovato, she’ll tell you something different). However, sometimes, in what I like to call the Red Light / Green Light period, you don’t know each other’s situations. There can be so many possibilities at play here: time-sucking work or family obligations, perhaps he doesn’t want to jump into the dating pool just yet, maybe he’s a poor communicator, or maybe he’s married! You never know.

This dating phase is a lot like being on hold as an actor (to clarify, an actor is placed “on hold” by a production when they are one of the top choices for a role and advised not to book any other work on those shoot days). When you’re on hold, you have no idea what factors are at stake. During this time, they could decide you’re too short or tall to play opposite the other actress they just cast, or they may be re-writing the role entirely, or maybe they have you in mind for a completely different project. It’s all a mystery.

Life beyond that role

After polling my actor friends (this was all very official and scientific, of course), I’ve learned that moving on to the next thing is a valuable strategy to keep you sane during the waiting game and, more importantly, to keep you present and engaged in life in general. During that time, some actors write scripts to create their own work. Others run businesses that satisfy their other professional interests. Whatever it is, they invest time in creating a rich, fulfilling life beyond that one role.

This tactic taught me that there’s a lot to gain by keeping busy instead of waiting by the phone. If you were to approach the dating situation as I do my auditions, by moving on to the next thing, there’s less pressure on one particular guy who may not be right for you anyway. Heck, you may even go so far as to flirt with someone else to find out what you really want (see: casting your boyfriend). Whether or not you book the role of girlfriend, spending your time on the next thing is time better spent than waiting by the phone.

Would you call him first? Share in the comments below!