Ever wonder what it would be like to go on a first date without being nervous about your own performance? In this special series, “Act like you know,” I share how many of the vital lessons I’ve learned as an actress have helped me navigate the dating world. For instance, being on the other side of a casting session teaches us about finding the right mix of confidence and cool when looking for a date or boyfriend. 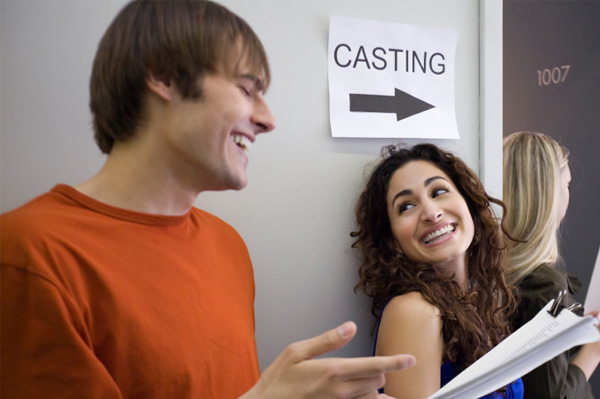 It’s all about vibe

As an actor, I’ve learned that there’s much more to an audition than just performing the scene the best you can. During a casting session, actors are evaluated on their own personalities (some people will refer to this as an actor’s “vibe”) almost as much as they are judged on their performance of the audition material.

One of the best ways to observe this is to be a reader to see what it’s like on the other side. For those of you unfamiliar with acting vocabulary, a reader’s job is to play opposite the actors who are auditioning for a role. It’s eye-opening. Since readers aren’t up for the part, they’re able to do a scene with a partner without being worried about their own performance.

Now, imagine if you were able to go on a date without being concerned about what you were wearing or what you were saying, and simply watched someone do their best to impress you. You’d probably learn that it’s not just about finding the date who fulfills your “good on paper” requirements but, beyond that, it’s about the vibe you get during the date itself.

The first time I volunteered as a reader, I spent a day playing opposite guys up for the lead role in an off-Broadway play. Casting observed and evaluated everything from punctuality, to courtesy, to confidence, appearance, preparation, performance and how the actor took adjustments and direction. That day, I saw anxious actors and rude actors, actors who came off too nice to the point of cloying, and everything in between.

Would you give Mr. Swagger a callback?

One guy entered the audition room with a lot of swagger. He wore a T-shirt and jeans and had slightly disheveled hair. After his first read, the director gave Mr. Swagger an adjustment and he replied with a very, bro-tastic, “Right on, I hear ya. Cool, dude,” which I thought was way too casual for a production of this caliber. However, after he exited the room, the director was beaming. He LOVED it! This actor wasn’t the best performer nor did he really fit the breakdown, but the director enjoyed his cool, relaxed demeanor and gave him a callback.

If auditions are like dates then, personally, I wouldn’t have given Mr. Swagger a second one. However, after eight hours of doing the same scene over and over again, all I wanted was to read with actors who didn’t seem too nervous, too intense or too desperate for the gig. The scene was dramatic and my day became happily punctuated each time an actor was kind enough to crack a joke or smile and chat. At that point, it was impressive when I had a good time.

Finding the right mix when looking for a date

Auditioning has taught me that having a good vibe is attributed to a lot of factors and, even those factors are different for each person. In this case, the director liked a lot of swagger, whereas I thought it was almost disrespectful. When dating, it’s about finding that mix of coolness and confidence, preparation and relaxation, formality and humor, that’s right for you.