If you saw the movie The Social Network, you know that Facebook founder Mark Zuckerberg’s big stroke of genius came when he decided to post users’ relationship statuses along with their pictures. 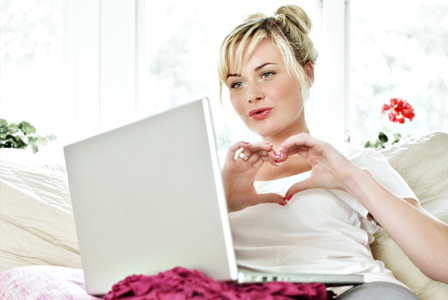 I wonder if he could have envisioned how much Facebook has influenced our love lives today.

That pesky “relationship status” has come to haunt as many philanders on the make as women hoping the man they are sleeping with will publicly declare them. And the question of when to let a new acquaintance into your online social landscape has given pause to those who wonder about social rules. Finally, Facebook postings have replaced girlfriend-to-girlfriend research when it comes to researching a new male conquest.

In fact, a new study on single women shows that Facebook has become more than a factor in the way women date, mate and relate. Long the thought-leader on women, Harlequin has recently published the results of a survey of 1,500 single women aged 18-40, and not surprisingly, the 2012 Harlequin Romance Report is full of Facebook references.

First of all, the majority of women told Harlequin that technology has had a positive influence on their dating lives. And, Facebook trumps other social networks when it comes to making love connections. Nearly all the women in the study use Facebook. Less than half use Twitter. How do women use Facebook? Most secretly survey a man’s page before they go out with him, but 25 percent of women say they exchange messages on Facebook before a first date.

Facebook, it seems, also boasts the number one dating deal breaker. Of all the things that make women close their legs and move on — such as men who are addicted to smart phones or men who are grammatically challenged — the number one turn off for women is men who post photos of an ex on Facebook. Women want to feel like a prize, and if his public advertising campaign includes a stable of hotties, a new girlfriend could easily feel like his secret mistress rather than his main squeeze.

Despite the positive reviews for technology, most of the single women in the Harlequin Romance Report still prefer that a guy call before a first date and take a traditional role by driving and paying the bill. And many women say that meeting a potential mate in person rather than online is important to them.

Women are fickle creatures though. They may not like men who text rather than call, but they do reward him with text bait: sexts. 43 percent of women admit to having sent a frisky sexual text and one in three women say they’ve done it only after a couple of dates. One in four women even admits to having sent a nude photo. No wonder those guys like texts so much.

More on technology and romance