Over the years, I have received letters from patients thanking me for understanding and validating their condition – fibromyalgia, one of the most common arthritis-related illnesses. 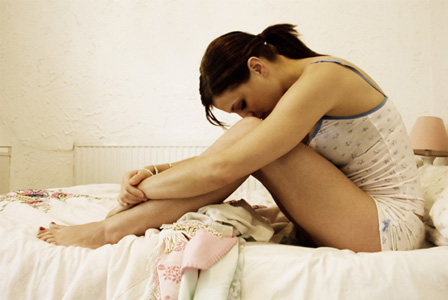 Often misdiagnosed and misunderstood, the characteristics of fibromyalgia include widespread muscle and joint pain as well as fatigue and other symptoms. While the American Medical Association, National Institutes of Health and American College of Rheumatology recognize it as a chronic disorder, some doctors don’t believe it is a “real” illness. But it is, and I’m here to clear up the most common myths about fibromyalgia.

Fibromyalgia affects 5 million Americans 18 years of age and older, and can even affect children and teens, although that is less common. More than half of the cases are misdiagnosed, and people typically visit numerous doctors before receiving the proper treatment. Validation of the disorder is probably the most helpful piece of the puzzle for fibromyalgia patients.

There is no such thing as fibromyalgia

Currently, there are no specific tests or procedures to diagnose the disease. Many of our patients have been told “The pain is in your head; just live with it.” According to the American College of Rheumatology, the criteria for fibromyalgia consists of widespread pain that lasts for three months, as well as pain in 11 of the 18 tender points on the body where light pressure causes pain.

Fibromyalgia is not associated with other conditions

Fibromyalgia is associated with several other conditions, such as chronic fatigue syndrome, depression and sleep disorders. It is reported that people with thyroid disorders may develop fibromyalgia. Patients with Irritable bowel syndrome are also susceptible.

Fibromyalgia is a woman’s disease

While fibromyalgia mostly affects women 20 to 40 years old, the disease can strike men. Of the 5 million adults with the disease, 10 to 20 percent are men. However, the number may actually be higher because many men may not seek treatment since their symptoms tend to occur less often, and last a shorter time.

There is a known cause for fibromyalgia

We are not sure what exactly causes fibromyalgia. It’s not something people develop because they are fitness fanatics or overweight. There is a large stress component associated with fibromyalgia, both physical and emotional. It can also be triggered by an injury, accident, infection or autoimmune disorder. The syndrome tends to run in families, so genetics may make people more susceptible.

The pain associated with fibromyalgia is consistent

The intensity of the pain varies. The pain can be severe one day and mild the next. Some factors that may contribute to the severity of the pain are running after children, cleaning the house and increased levels of stress. There are patients who are bed-ridden but the percentage is low. Generally, people wake up with pain, but it improves as they start moving around and returns when they go to sleep.

There is no treatment for fibromyalgia

There are numerous treatments that can ease the symptoms of fibromyalgia, which includes muscle relaxers, anti-inflammatories and antidepressants. The FDA has approved Lyrica and Cymbalta specifically for the treatment of fibromyalgia.

The pain from fibromyalgia will eventually disappear

Fibromyalgia can get better, but it’s not going to just go away. On a positive note, there is no evidence that the pain gets worse with age. My goal is to bring the symptoms down to a more manageable level.

There are many patients who can function with fibromyalgia, but it can be difficult. The key is to not let the disease take control of you. You have to start an exercise regimen — within reason. For example, don’t sign up for any 5K races but do get regular exercise since it is good for fibromyalgia patients. Watching your diet can also help mitigate symptoms. For better sleep, eliminate caffeine from your diet. These are just some of the tips to helping ease your fibromyalgia symptoms.

Focus on fibromyalgia
Fibromyalgia: In the words of a sufferer
Foods that fight pain