Some women want diamonds and jewels, but most want a few more intangible but important things from their men. After talking to a bunch of matched up friends, we narrowed down what we feel are the top five things wives want from their husbands. Read on to see where you stand – and if we missed anything you think should be added. 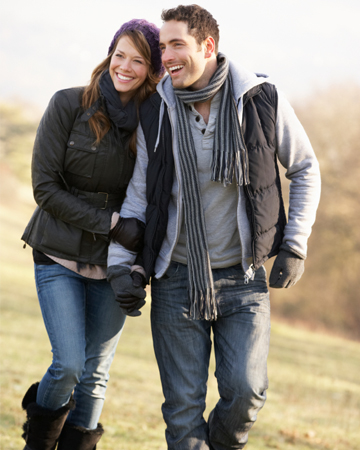 It’s not hard to see why this one made the top spot. And we’re not just talking about time – we mean quality time. This means time when you and your partner are connected, sharing a laugh, engaged in each other’s lives – not merely in the same room, staring at the television or other type of screen. So many couples today have so much going on in their lives (together and separately) that any time that can be spent reconnecting as a couple is eaten up by other things. But it’s time to make an effort to eke out some alone time.

Real women speak: “If my husband watches one more sports game while I’m trying to talk to him, that’s it,” says one frustrated woman we talked to who has been married for five years.

Help around the house

Is it too much to ask that our guys help out around the house? We know a lot of men who are great at lending a hand and who go above and beyond the call of duty. But from what we heard from quite a few of the women we talked to, there are still more than a few less than helpful men out there.

Real women speak: “Just because I work at home doesn’t mean I should be the sole cook, shopper and cleaner,” says one 32-year-old work-at-home newlywed.

Whether they work at home or schlep out to an office, there’s a lot to do to keep a household running and women want to feel appreciated. We don’t blame them! From cleaning and shopping to child-rearing, cooking, decision-making and bringing home the bacon, many women do it all – and they would like to be recognized for their efforts.

Real women speak: “I know my husband appreciates what I do, but I would really love for him to show it more often,” one 27-year-old mom of two tells us.

After a few years, affection can go out the window in many relationships. Hand holding, back rubs, random kisses and goodbye hugs might start off as daily occurrences but they often fall to the wayside, making many women pine for their return. We’re not suggesting your guy needs to be at your beck and call, but regular displays of unsolicited affection go a long way in making a relationship work.

Real women speak: “My husband used to rub my back every night before bed and I loved it. It’s been years since he’s done that and it would be really nice once in a while,” explains one woman we chatted with who has been married for 11 years.

We all want to feel understood and like the person we’re closest to has our back. No one likes to feel isolated in what they’re thinking or like no one gets where they’re coming from. This is especially true with couples. The women we talked to really felt as if understanding (or at least an attempt to understand) on the part of their husband or boyfriend was important.

Real women speak: “He doesn’t need to be on my side all the time, but it would be great if he took some time to see where I’m coming from more often,” says one woman about her long-term boyfriend of five years.

More about love and marriage

How to get your relationship back on track
Are you relationship material? 3 Things he’s looking for
Bring back the romance after having a baby