Some people might say that technology and fitness aren’t a perfect pair. It’s been argued that technology has led to rising levels of obesity, made us less active, and helped shape an increasingly unhealthy lifestyle for many Americans. 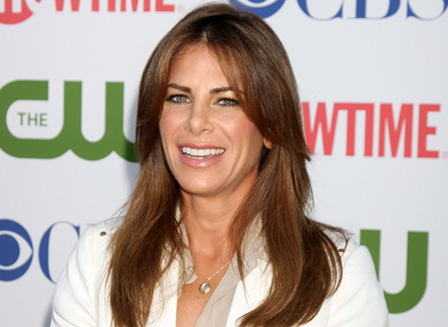 But technology really isn’t to blame — we are. And just as smart devices and handy electronics has abetted us in plopping ourselves in front of the television or playing video games for hours, technology is now being re-wired to help us curb those unhealthy trends. We sat down with Jillian Michaels, personal trainer and expert on NBC’s The Biggest Loser, to talk about how technology is shaping the future of fitness.

SheKnows: How does technology aid in health and fitness goals?

Jillian Michaels: Technology is the key to success in health and fitness goals for one very simple and obvious reason: It provides accurate and unbiased information that people can utilize to take effective, informed action that’s going to yield powerful results and positive change. Without the proper information, you’re going to be lost like a ship at sea.

SheKnows: In an age where technology has arguably led to higher levels of obesity and more unhealthy lifestyles, how do you think technology can reverse that trend — or can it?

Jillian Michaels: I think that technology can play an integral part in reversing that trend. It’s almost like homeopathic medicine — you know that concept that’s like “If you can’t sleep, we’re going to take a caffeine extract and use it in such a way that it helps you sleep.” Like cures like.

Armed with that knowledge, weight loss is just math. That’s all that it is. But in order to calculate the math accurately, you need the right numbers.

SheKnows: What’s the biggest barrier that people face when not sticking with a health or fitness plan?

You’ve got to identify your “why” and form an emotional connection so that it’s worth doing the work. Because exercise is work.

SheKnows: Do you use technology in your workouts and for your clients’ use?

Jillian Michaels: Absolutely. To give you an example, in the first couple of seasons of The Biggest Loser: Season One, we took 100 pounds off of someone in 14 weeks. We thought we were fitness geniuses. 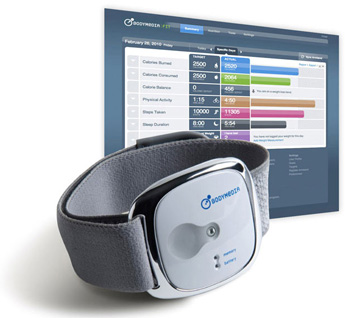 Come Seasons four, five, six, when I got to use the Bodymedia Fit Armband, we were able to take 100 pounds off of someone in six weeks. Because I was able to say “Oh, they’re actually lying. They’re not working out.” “Oh, when they do this exercise, it’s not burning enough calories. But when we separate these exercises out and keep them moving for an hour afterwards instead of letting them lie down, their metabolism is staying elevated.”

So then I’d go back to the drawing board and reformulate their entire workout program and their results were exponentially better. Because I had a tool (technology) to use.

SheKnows: What was the success that you found in integrating technology into your workouts?

There was a time in my life, years ago, when I’d work with a client and say “I don’t know. Why isn’t this working?” But I couldn’t see what they were doing at home or if they were doing their homework. I couldn’t tell if something was wrong with them, metabolically speaking. Now, with technology, I can say, “Did you do your exercises yesterday?” and they can say, “Yeah” and I can say, “Liar! I can see your activity levels.” It’s amazing. As a trainer, it basically takes away the missing ingredients, the missing part of the equation that can render you impotent — less than effective.

SheKnows: What are other products and apps out there that help weight loss? Are calorie-counter apps worthwhile?

Jillian Michaels: Oh, absolutely. The Jillian Michaels Slim-Down Solution app is still in the top 10 fitness apps on iTunes. What these things will do is help you exercise; it will help you track your fitness, it will help you make better food choices. So, for example, you’re at the gym and you say, “I want to do an exercise for my legs.” There’s 10 exercises for you and you can click on it and see a video of whatever it is you want to do, and this thing is going to tell you how many calories you burned.

There’s no doubt that technology is where it’s at right now because, again, it’s about answers. To achieve anything, you need information so that you can take the right action. And action without information can be a dangerous, dangerous thing.

More on health and technology