Whether you’re actively looking for a guy or allowing fate to find one for you, these three women reveal how they met their match. 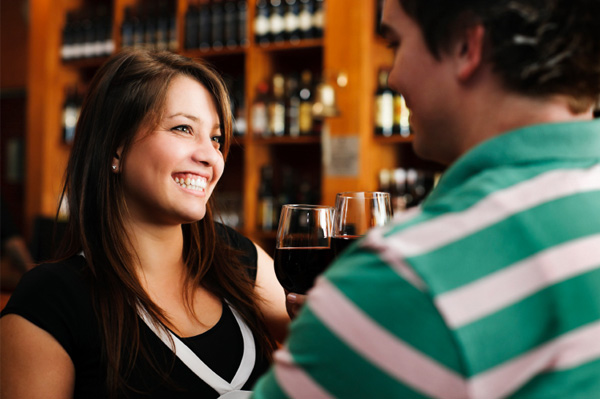 People really do meet in bars

Kristen Seymour, a writer and editor in Gainesville, Florida, met her husband at a bar. “We met at a country bar, which was a total fluke since we aren’t particularly ‘country’ and neither of us had ever been there,” she said. Seymour went with co-workers who happened to be friends with her future husband’s friends. “A slow song, “Amazed” by Lonestar, came on and a few people paired off and hit the dance floor;” she said. “According to Jared, I looked like I was just waiting for someone to ask me to dance, so he did.”

They hit it off that night, “but I fell in love with him a month or two later when we were at his apartment and noticed a tiny frog stuck between the screen and the window. He went to great pains to save the frog, and at that point, I knew he was the right guy for me.”

Allyson Long, a stay-at-home mom in Avon, Indiana, met her husband through online personal ads. Over the course of three weeks, the two talked via email and phone, then decided to meet for coffee. “We hit it off, but I am always cautious about getting my hopes up,” she said. “After a few months of dating, I knew he was the one. We were engaged after 10 months of dating and married six months later.”

Kim Clune, a writer and web designer in East Nassua, New York, met her husband Tim through an online dating site eight years ago. “At the time, online dating was considered foreign territory and rather ‘unnatural,'” she said. “On the contrary, living in a small, remote town and working from home with no eligible bachelors in sight, I thought it the perfect option.” For their first date, the two met for dinner. “Tim waited inside the restaurant while I waited outside, both of us thinking the other was late while dreading every stranger that passed by. That was the longest ten minutes ever until Tim looked outside. His smile was the most beautiful thing I had ever seen,” she said. After their epic, three-hour-long first dinner, she knew right away that he was going to be her first and last online dating match.

23 hrs ago
by Carolyn De Lorenzo