Facebook is omnipresent in our lives, including (or especially) when it comes to relationships. Perfect. Relationships aren’t tricky enough, now we have to learn how to navigate/interpret/tolerate the public social interactions of the people we date? As much fun as people think Facebook is, most agree it can be more harmful than helpful when it comes to new relationships. In order to share the rules of the Facebook relationship status, we went straight to the source and asked folks on Facebook what they think. Here is what we learned. 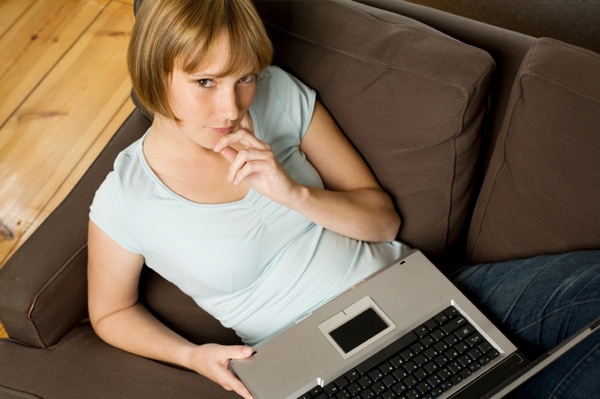 According to Vince, who is in his 20s and in a relationship, women take being publicly declared as “in a relationship” as one step down from marriage. This makes sense. When you start dating someone, you tell a few close friends. You don’t broadcast it to every acquaintance you have, just in case things blow up in your face. That’s a lot of explaining to do! You typically only tell everyone you know after you are engaged. At least that was the barometer for the seriousness of a relationship before Facebook. When you tell everyone in your social network that you are in a relationship, it makes sense that this would be interpreted as serious. Justin, in college and in his late 20s, takes a different angle on being careful about the “in a relationship” status. He maintains that it should only be used “in dire circumstances” — the ones that equate to “an engine being out and a loss of cabin pressure.” In other words, Justin warns, changing your status to “in a relationship” can be used to fix a lot of relationship issues, but this can only be done once. So time this maneuver wisely and proceed cautiously.

Is it really anyone’s business

Marissa, single mom of two, says no. She feels it is just one more way for people to get all up in your business and she says it jinxes the relationship. She’s not alone. Jennifer, a single mom in her early 40s, agrees: “The minute you post your relationship status is the minute it starts to fail.” The tattoo theory (the one that states if you tattoo your honey’s name on your person, you will break up shortly afterward) seems to apply to Facebook relationship statuses as well. You’ve been warned.

Inform the other person first

Save yourself some embarrassment and discuss with your significant other your desire to share with the world that you two are in a relationship. They may not be ready for such a public display of your affection. Remember that some people (okay, guys) are more reserved and private than others. The same holds true for breaking up with someone. Karen, who classifies herself as “old and married,” shared a story about a friend who found out her engagement was off through Facebook. Talk about the coward’s way out! That hurts the person who got so publicly dumped, but it also casts the “dumper” in a very poor light. If you break an engagement with someone on Facebook, you’re going to be single for a long while.

The consensus seems to be that posting “in a relationship” makes your private life public, jinxes your relationship and is often used as a tool for manipulation. Resist the urge to use Facebook as your loudspeaker for love. Tell the people who are close to you that you’re in a relationship. Everyone else on Facebook will figure it out when you post wedding pictures.