It’s a cancer you’ve probably never even thought about: oral cancer. But it kills twice as many women as cervical cancer does each year. Oral cancer kills as many people as melanoma does and is now more common than leukemia. The rate of oral cancer (cancer found in the front two-thirds of the mouth cavity) is rapidly rising among young people, women and non-smokers. But the newest, most effective test to detect it is as easy as a skin exam and way less disconcerting than a pap smear. So no more excuses – get an exam. Here are some reasons why, and how it’s done. 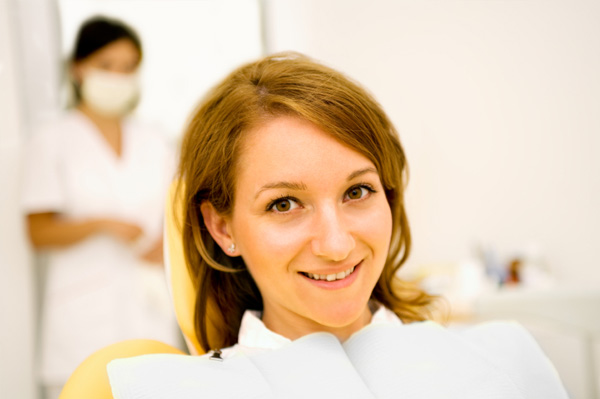 Even non-smokers are at risk of oral cancer

It may be hard to believe you need to be checked regularly by your dentist, ear/nose/throat (ENT) doctor, or primary care physician for oral cancer. It used to be that men with a history of alcohol or tobacco use, particularly those who used the substances together, were the main population at risk for oral cancer, according to Dr. Raj Tandon of ENT and Allergy Associates in Hoboken, New Jersey. But over the last 30 years, that’s changed. “More women are getting oral cancer who would not be considered classically at risk,” says Dr. Tandon. “This may be related to HPV [human papilloma virus], but the studies for oral cavity or tongue cancer have centered on only the most common types of HPV, including HPV16, which have shown up in only 2 percent of tumors. There may be other HPV subgroups involved, though, and studies are ongoing.”

Until you can make an appointment for a professional exam, take a look in the mirror at the inside of your mouth, using a bright light or flashlight. Look on, around, and under your tongue for red spots, white spots and/or non-healing ulcers.

Any of these symptoms that last more than two to three weeks should be biopsied. This can be done with a simple brush biopsy in your doctor’s or dentist’s office, according to Dr. Tandon. “Your doctor or dentist can find pre-cancers as well and take them out,” he adds.

Oral cancer biopsy: What you need to know

Oral cancer biopsies used to be done with a scalpel. The newer brush test, called the OralCDx Brush Test, is a much less invasive way to get a complete sample, which is then sent to a lab to be read by a computer. The computer detects the most concerning spots on the slide.

“With this method, we’re able to biopsy more patients at an earlier stage, often years before cancer develops,” Dr. Tandon explains, “and brush biopsies are becoming much more widely available.” In fact, the company that developed OralCDx says it has already resulted in the removal of 20,000 precancerous lesions while they were still harmless.

Deep lesions, or lesions in which a brush biopsy is inconclusive, may still require a surgical biopsy performed with a scalpel.

“If you have regular screenings once or twice a year and catch a lesion early, the prognosis is very good,” Dr. Tandon says. “But once a lesion is greater than 4 millimeters thick, the likelihood that it has spread to the lymph nodes is great.” Lymph node involvement in oral cancers decreases the success rate of treatment to 50 to 60 percent, according to Dr. Tandon. “If the cancer spreads outside to the neck, the success rate drops to 30 percent,” he says. Removal of parts of the neck, jaw, lip or tongue may be necessary if the cancer progresses. And although the health expert rates today’s reconstructive techniques as “quite good,” he warns that they are still disfiguring.

What are the best ways to avoid oral cancer?

Just like your regular gynecologist, dentist and dermatologist appointments, schedule an oral cancer exam, or ask your dentist to do one at your next check-up. No excuses!

Vaping Can Potentially Up The Risk of COVID-19 In Teens

22 hrs ago
by Sara Lindberg