Technology has changed the way we live — and dating is no exception. Nowadays, many relationships are formed online, and built over text messages and social media. How do you know when you’re actually in a meaningful relationship? Here are five modern signs you’re a couple. 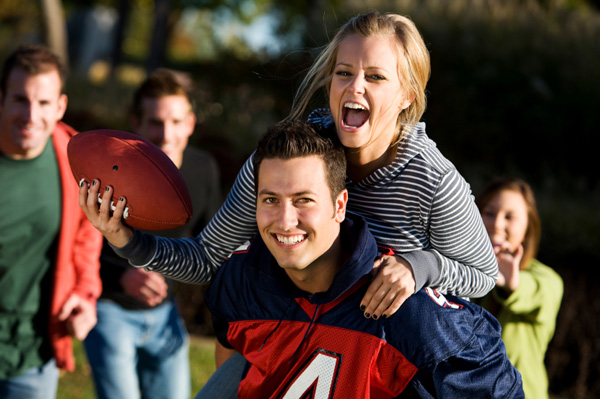 You have introduced him to your friends

Contrary to popular belief, women are more selective about who they introduce their friends to than men are. According to Match.com’s “New Rules of Dating Study,” while nearly 50 percent of men will introduce a woman to their friends after just a month of dating, only 35 percent of women will. If you’ve let down your guard enough to make the intro to your inner circle (and it goes well), you just may be a couple.

Weekend time is a given

If you’re sitting around waiting for a text or phone call to know whether your Saturday night will be spent with him or your friends, don’t consider yourself a couple just yet. April Beyer, a Los Angeles-based dating expert of Beyer & Company, a personal matchmaking and relationship coaching firm, says that modern couples lock up weekend plans before the date. While today’s modern couples are arguably busier than ever, they carve out time for one another any way they can.

You’ve had the conversation

Forget the guessing games and “rules.” Beyer says that modern couples discuss that neither person is seeing anyone else — and that you both agree to make the relationship a priority. Unless the “conversation” has been had, don’t assume monogamy, or that your man is interested in anything more than some fun and companionship when it’s convenient. Relationships take work and commitment from both parties, and the demands of “life” often make it challenging to be part of a serious couple. If both parties haven’t signed up to giving their best effort to the relationship through thick and thin, the relationship isn’t equipped to make it through potential challenges.

When it comes to modern couples, the “proof” is in the (Facebook profile) pudding. But look for more than just a change from being “single” to “in a relationship.” Adam LoDolce, America’s dating coach on social freedom and author of Being Alone Sucks!, says that If he has added you to his Facebook profile picture for the world to see, you’re definitely a modern couple.

You interact on social media

LoDolce also says that Facebook and social media interactions are telling of a person’s relationship status. If you write on one another’s walls, you’re officially a couple. Most casual relationships don’t involve this “public display of affection.”

Today, the average age of a bride is 26 years old. Back in 1960, only 10 percent of women age 25-29 were not married, according to Professor Stephanie Coontz.

57 mins ago
by Monica Beyer