Your love is one of a kind — so when you hit a milestone anniversary, use it as an excuse to show your guy exactly how special he is. Turn traditional anniversary gift-giving on its head by thinking up big, out-of-the-box ideas like these. 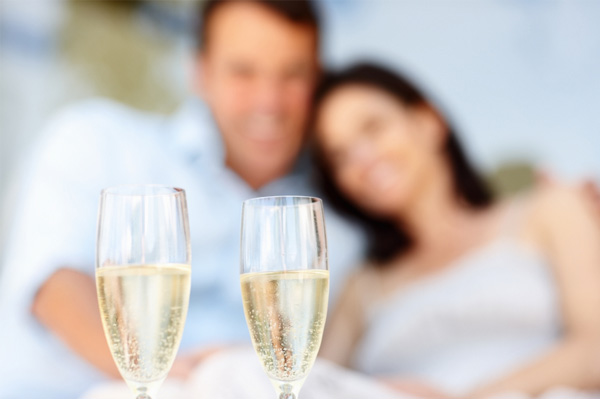 Traditional gift-giving would have you believe that a journal, personalized stationery or a piece of art is appropriate for a first anniversary. While there’s certainly nothing wrong with these gifts, think outside the box and use your anniversary as an opportunity to experience something fun together. For instance, if you never had a true honeymoon, or if you’ve always wanted to take a cruise together, purchase tickets for a trip. If the two of you define your love as a little more high-tech, ditch the matching stationery pads and invest in a couple iPads instead.

Wood may seem like an odd thing to give your honey for a fifth anniversary, but so many great gifts are made of wood. Here are just a few:

Thinking up an aluminum or tin gift that your guy will actually enjoy might seem difficult, but you’d be surprised at how much fun you can have with this anniversary. For instance, airplanes are made of aluminum alloy, so take a big trip together. If a trip isn’t in your budget, get your man a mini-fridge for his man cave and stock it with his favorite beer — in aluminum cans, of course. You could even pick up a new road bike for the exercise enthusiast; many bikes are made with an aluminum-alloy frame.

Twenty-five years together is an accomplishment to commemorate, so there’s certainly nothing wrong with traditional silver keepsakes engraved with your names or anniversary date. You also could invest in high-quality silver jewelry (or white gold, if you prefer). If you and your guy aren’t the traditional type, use the word and color “silver” to think up more modern gift-giving ideas. Here are a few:

If you’ve made it to your 50th anniversary, it’s time to stick with tradition — exactly as you have for the last 50 years. Throw yourselves a big party, invite all your family and friends, don a sexy gold dress and give your lucky man an engraved gold watch or a new wedding band (chances are that his has worn down over the years). Then, simply enjoy the show; look around at all the people you’ve touched and the life you’ve had the opportunity to share together. That’s pure gold.