Sharpen your pencils and start taking notes! Siggy Flicker, matchmaker and star of VH1’s Why Am I Still Single?!, chatted with SheKnows about where to meet guys, why you should go for older men and what’s with that long, long hair. 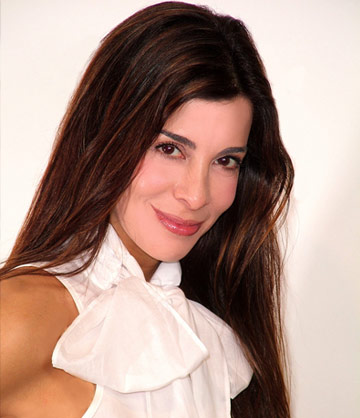 Single ladies, Siggy Flicker understands where you’re coming from! While she was separated with two kids, she met the man of her dreams (a used car salesman!) and is getting married within the next year. “If I can do it, anyone can do it,” she says. “The day I got divorced, I was engaged. And believe me, there’s nothing that special about me.” Read on for her girlfriend-to-girlfriend gems and find your happy ending!

Go on at least two dates per week

“At least twice a week, you have got to make dating a priority. That means [if you increase the frequency to] two, four, six, eight times a month, the chances of you finding somebody that you connect with — that you have chemistry with — is greater. What’s the point if a girl is only going to go out once a month? You say, ‘Oh, I went out with this guy, and [dating’s] not for me.’ Well, it’s because you only gave it one time that month! Make it like a job: You go to work five days a week, you have to date at least twice a week.”

“Nothing is going to work unless you have the right attitude. The first step is you don’t look at dating as a chore. Say, ‘You know what, there are people who have it a lot worse out there. There are people in hospitals. There are people who can’t get out of bed.’ You gotta put your best foot forward in the dating world. If I send you out to [New York restaurant hotspot] Dos Caminos, or I send you out to [Wall Street hangout] Stone Street Tavern, where all the guys are getting out at 4 o’clock, and it’s packed with suits, if you go there like a Debbie Downer, and you’re not into it, and you’re depressed, and somebody says, ‘So what do you do for a living?’ and you say, ‘I don’t want to talk about my job. My boss sucks,’ nobody wants to hear about the negative.”

How to meet men? Compliment a stranger!

“All you have to do is compliment [a man]. [When I was single] I’d just walk down the street and say, ‘Hi. My God, I love your tie.’ The man looks at me like I have horns coming out of my head, but if he’s married he’ll say, ‘Thank you so much – my wife bought that for me.’ And I’d be like, ‘You married a smart woman.’ So you keep walking, you made somebody’s day. But if he’s not [married], he’d say, ‘Wow. My God, that’s the nicest thing. I happen to like your hair, or I love your smile.’ It can start a conversation. Everybody’s always in a rush to get from point A to point B. It’s like, wake up and take advantage! Live life to the fullest.”

“Not to insult men, but women are bright, and they’re brighter by nature. Men are more visual; women look for security — and emotional security, it doesn’t have to be financial. What I’m saying is, if you go up to 10 years… If you’re 25 and you’re dating somebody who’s 33, he’s really 25. Women are more mature than men; he’s really the same age as you.”

Don’t be afraid of rejection. I’d give that advice to my younger, single self!

“A man’s rejection is God’s protection. What that means is nobody is interesting unless they fall flat on their face. If you don’t have bruises, scars and scrapes, what kind of character do you think you have? If somebody is going to reject you, you should say, ‘Thank you for getting out of my way, so the road to love is a lot clearer.’ “

Match your appearance to how you feel inside. That’s why I have my super-long hair!

“I believe that every woman needs to be the best that she can be. So let’s talk about my hair: I breast-fed [my children] Sophie and Joshua, and the bottom of my hair started thinning out. So [TV show beauty stylist] Jamie Dunn says, ‘I have a great idea. Why don’t we just add a row to the bottom of your hair?’ She said, ‘See, I don’t think you should wear your hair that long.’ I said, ‘I don’t want to cut my own hair.’ I choose to have my hair long; it works for me. So if you have a problem with thinning hair or something like that, I love the fact that you have an option. Because if you look better, you’re going to feel better on the inside. Why should I have to sit there at dinner and worry about if the bottom of my ends are thinning out?”

Oral Sex Tips for Women Who Feel Awkward Recieving It

8 hrs ago
by Lisa Fogarty