If you’ve got weight loss questions, we’ve got answers. Though it may seem impossible to shed weight and keep it off, registered dietician Cynthia Sass, author of Cinch! Conquer Cravings, Drop Pounds and Lose Inches is convinced you can do it and she’s here to help. We sat down with Sass, who is also a contributing editor and weight loss coach blogger for Shape Magazine, and asked her the most common weight loss questions. Here’s what the nutrition expert had to say.

Related story What Losing 70 Pounds Taught Me About Myself 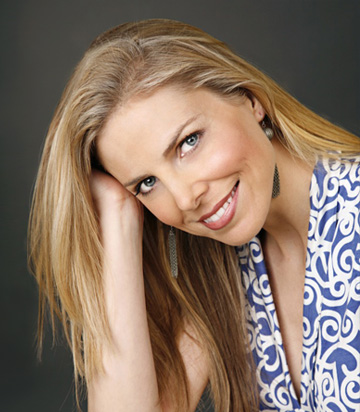 SheKnows: Are artificial sweeteners help or harm when it comes to weight loss.

Cynthia Sass: In the decades that fake sugars have been available, obesity rates have continued to skyrocket and animal studies indicate that artificial sweeteners may throw off the body’s natural ability to regulate calorie intake. In my experience they can also stoke a sweet tooth, and statistically, the risk of obesity actually increases with each daily serving of diet soda, even more than for regular soda drinkers. I say give it up altogether.

SheKnows: Is eating a low-fat diet the best way to lose fat?

Cynthia Sass: Eat more fat! It may seem counterintuitive, but eating fat can help you stay slim – as long as it’s the right kind. According to the National Institutes of Health, up to 35 percent of the calories you eat per day should come from fat, but you should be reaching for plant-based fats, like extra virgin olive oil, avocados, nuts, seeds and natural nut butters. Research shows that animal-based fats, like those in whole-milk cheeses and fatty meats, tend to override your body’s satiety mechanism, the “I’m full” signals, but plant-based fats help boost satiety to regulate your appetite and keep you feeling satisfied. Including fat in a meal can also boost the absorption of antioxidants by up to ten times or more.

SheKnows: How do you eat healthy and make meals taste good?

Cynthia Sass: In my newest book Cinch! Conquer Cravings, Drop Pounds and Lose Inches I use natural seasonings like herbs and spices to flavor every meal. In fact, I devoted an entire chapter to herbs and spices, which I call SASS, Slimming and Satiating Seasonings, because in addition to their heart healthy effects other research shows that they pack a pretty powerful 1-2-3 weight loss punch. They 1) improve satiety, so you stay fuller longer 2) rev up metabolism, to help you burn more calories, and 3) some exciting new research from the University of Florida found that people who consume more antioxidants weigh less, even when they don’t eat fewer calories. Herbs and spices are antioxidant powerhouses – one teaspoon of cinnamon packs as much antioxidants as a half cup of blueberries, and a half teaspoon of dried oregano contains the antioxidant capacity of a half cup of sweet potatoes.

SheKnows: Can following a vegan or vegetarian diet help with long-term weight loss?

Cynthia Sass: Eat like an herbivore, at least part-time. If you’re an omnivore, try to eat at least five plant-based meals a week by using beans, lentils or organic tofu as your protein. According to the Centers for Disease Control and Prevention, 67 percent of American adults age 20 and over are overweight or obese, but the prevalence of obesity among vegetarians and vegans ranges from 0 to 6 percent, according to published data, and on average, the body weights of both male and female vegetarians are 3 percent to 20 percent lower than omnivores. Also, studies have found an increased calorie burn after vegan meals, meaning plant-based foods are being used more efficiently as fuel for the body, as opposed to being stored as fat.

Cynthia Sass: In a recent clinical trial researchers found that drinking two 8-ounce glasses of water before meals helped people shed more pounds. Previous research from the same scientists concluding that when middle aged and older people drank two cups of water right before eating a meal they ate between 75 and 90 fewer calories. The new study included 48 adults between the ages of 55 and 75 who were divided into two groups. The first group drank 2 cups of water before meals. The second did not, but both groups ate a low-calorie diet. Over the course of 12 weeks the group who gulped extra water lost about 15.5 pounds compared to about 11 pounds for the non-water bunch. It’s not completely clear how the extra water works, but if filling up a bit with water caused you to eat just 100 fewer calories a day, that could be enough to lose 10 pounds over the course of a year. And if the extra fluid corrects a slight dehydration, it could boost metabolism, since water is an essential calorie-burning component.

SheKnows: Does food presentation play a role in dieting?

Cynthia Sass: We eat with our eyes as well as our stomachs, so meals that are aesthetically appealing tend to be more satisfying and feel more special, so I advise my clients to ‘play food stylist’ when prepping meals. For example, layer yogurt, in-season fruit, and toasted oats parfait-style in a beautiful glass and garnish with sliced almonds and a sprig of fresh mint. Use a vegetable peeler to create long, ribbons from carrots or zucchini that can be can be curled or layered to garnish your salads or entrees, toss steamed veggies with roasted red pepper or sundried tomato pesto to add color and serve on a bed of greens or baby spinach.

SheKnows: Is fiber really necessary in losing weight and keeping it off?

Cynthia Sass: Research has shown that for every gram of fiber we eat, we eliminate about seven calories. That means if you eat 30 grams a day you’ll essentially “cancel out” 210 calories, a savings that could result in a 20 lb weight loss in one year’s time. Another study in Brazilian dieters found that over a six month period, each additional gram of fiber resulted in an extra quarter pound of weight loss. Rather than processed foods with fiber added choose foods that are naturally fiber-rich like fruits and vegetables, especially those with an edible skin and/or seeds or tough stalk, beans and lentils, and whole grains including oats, brown and wild rice, quinoa and even popcorn.

SheKnows: Should we be eating organic for weight loss

SheKnows: Does when we eat have an impact on our weight?

Cynthia Sass: A recent study found that among people with a 40-hour work week, an 8 hour stretch between meals resulted a 40 percent jump in calorie intake. The longer people waited, the more they overate at the next meal and the more they chose lower quality, less nutritious food. By eating at about the same times each day – I recommend breakfast within an hour of waking up and the remaining meals three to five hours apart – you can train your body to expect meals at these times. This in turn keep your appetite even, so you’ll be less likely to rebound overeat later, and regularly timed meals also keep your metabolism revved up all day.

SheKnows: Is there room for dessert in a successful weight loss program?

Cynthia Sass: I say enjoy dark chocolate every single day. In my book I made a ‘Daily Dark Chocolate Escape’ a mandatory part of the weight loss plan. In fact, I devoted an entire chapter to chocolate, including research about how eating a small amount of dark chocolate every day helps curb cravings for both sweet and salty foods. Penn State researchers tested how cocoa extracts impacted the activity of the enzymes that digest fat and carbohydrate. Among three cocoa extracts the one that underwent the least processing and maintained the most antioxidants best blocked the enzymes. If the antioxidants in chocolate help block the breakdown of fat and carbohydrate fewer get absorbed from your digestive tract into your bloodstream, which means they can’t get socked away in your fat cells. My plan recommends indulging in the equivalent of two large or four small tasting squares of 70% of greater every day.

Check out Shape.com for more weight loss tips that work!

2 hrs ago
by Gina Escandon

2 hrs ago
by Kara Shaw