Being married doesn’t mean things have to cool down in the bedroom. In fact, with a little extra effort the opposite can be true. If your sex life has been on the back burner lately, it’s time to turn up the heat. We’ve put together four fun and frisky ways to let your husband know you still have the hots for him after all these years. 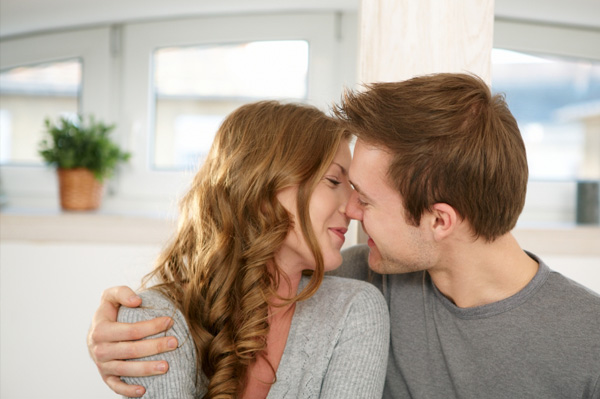 Start a make out session

You may not have time for regular make out sessions between work, grocery shopping, cooking, cleaning and laundry, but remember how good it felt when you did have endless kissing time? Recreate that romantic feeling by starting a make out session with your man. Instead of turning on the TV after dinner, turn him on – it will be a lot more fun for both of you. Wrap your arms around him or sidle up to him on the couch and start kissing. He’ll be pleasantly surprised, and we’re willing to bet the night will be a good one.

Cook him a romantic dinner

Surprise your guy one night by cooking a romantic dinner just for him. Make his favorite meal or try to recreate a restaurant meal he recently raved over, pick up a bottle of wine, light some candles and dress up for the occasion. Right before he gets home, slip into the dress that drives him wild. Between the tantalizing aroma of whatever you have in the oven, the romantic atmosphere and the outfit you’re wearing, your man will be like putty in your hands. Not to mention how great he’ll feel knowing you went to such lengths to show your love. It’s easy to let everyday life push romance out of the picture, but it can be easier than you think to bring it back.

When was the last time you sent your man a text about something sexy? Chances are most messages revolve around when he’s going to be home, what he wants to for dinner and whether or not he’s going to have time to take a look at that leak under the sink – not exactly the stuff in romance novels. Inject some sex appeal into your texts this week by doing some digital flirting. Tell him how great he looked when he left for work or how you can’t wait for him to get home later. Think back to some of the things you used to tell him on a regular basis but that have now fallen to the wayside. A little text flirting can go a long way when it comes to creating a spark.

Send him a suggestive email

Like text flirting, sending a few short but suggestive emails can do a lot to bring back the romance in your relationship. Seducing him via email may seem impersonal but it’s actually a great way to create heat and spice things up between you. All you need to do is use your imagination – share a fantasy, tell him about all of the things you want to do to him when he gets home – you get the idea. Write in a way that feels comfortable to you and that you know will turn him on and get him going. Your emails don’t have to be long – just intriguing enough to make him want to leave work early to get home for some sexy fun with his wife!

9 hrs ago
by Bethany Ramos

14 hrs ago
by Ally Hirschlag