New research shows that low serotonin in your brain could explain why you have a hard time controlling your anger. 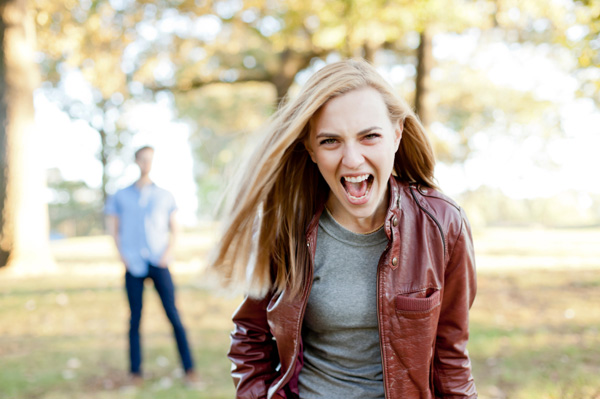 What’s up with serotonin?

Turns out that having enough of the brain chemical serotonin doesn’t just keep you content — it may help you from overreacting when you’re peeved, too.

Serotonin levels typically fluctuate when someone is hungry or stressed — low levels are thought to contribute to depression and other mood disorders.

Now researchers at Cambridge University say that low levels may make it difficult for the brain to control how it responds to anger. Depleted levels have previously been linked to aggression, but this new study is the first to show how the chemical regulates behavior in the brain — as well as why a decrease makes it harder for you to control your reaction when angry.

This is the first study to show how serotonin works to regulate behavior and shows why some people are naturally more aggressive than others. Published in Biological Psychiatry, the study sheds new light on the prospects for treating psychiatric disorders that have violence and aggression as prominent symptoms.

During the evaluation, participants changed their diets on different days. On the days their serotonin was depleted they took a mixture of amino acids without tryptophan, an essential element for building serotonin; on the placebo days, they were given the same mixture with tryptophan.

Researchers used functional magnetic resonance imaging (fMRI) to scan the brains of participants as they viewed angry, sad and neutral facial expressions. The researchers gauged how different brain regions reacted and communicated when the volunteers saw angry faces, as opposed to sad or neutral faces.

It doesn’t mean that we should blame low levels of serotonin for flying off the handle, but it does show that women who are angry aren’t just being “emotional.”

How anger is damaging your health
Tips to tame your road rage
Should you suppress anger?

The Peri Bottles That Should Be in Every Postpartum Bathroom

This Is What Really Happens to Our Brains After Sex