What begins as a booty call can sometimes turn into more than a late night hook-up. While it may not be a sure thing (don’t go expecting every booty call to turn into something serious), it does happen. Here are some telltale signs that what started as something casual has moved past mere sex into potential dating territory. 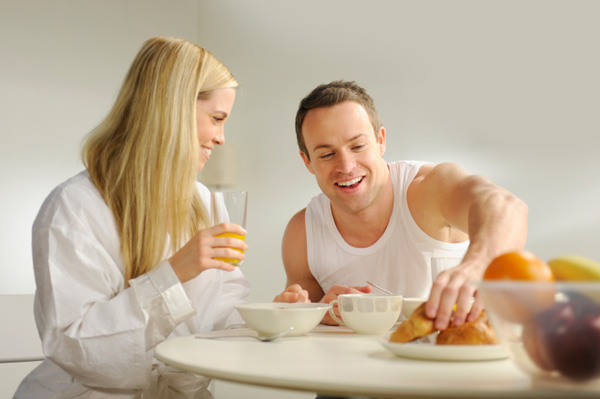 He asks about your day

Booty calls mean late nights at your place or his, with minimal conversation. But once he starts asking you about your day, how your presentation went or whether or not you ended up having to take your dog to the vet, what you have has become about more than just sex. When he asks about your day or what’s going on in your life outside of whether or not he can come over at 3 a.m., it implies he cares about you as a person, not just the girl he’s currently texting at 3 a.m. The more you know about each other’s lives, the closer you get, so his new interest could indicate he’s falling for you.

Your friends have met him

Since hook-ups usually occur at night and indoors, it’s not likely that a booty call will have met your BFFs. But if your friends have met him, it means you’ve gone out and done something that doesn’t just involve sex – and that can be significant. You didn’t just venture out as a pair, away from potentially prying eyes, you went somewhere your friends would see you together. If this becomes a habit, your hook-up days could be behind you. The friend intro means you’re venturing outside of booty call territory and into something that resembles dating.

While it’s natural for a booty call to involve a sleepover if it’s particularly late, they can also involve leaving someone’s place in the middle of the night or doing the walk of shame as other people are getting their morning coffee and a pre-work bagel. So if he’s slept over multiple times, and those sleepovers have involved some kind of interaction in the a.m. such as breakfast together or at least a kiss before he leaves, that’s a surefire sign you’re sailing into post-booty call waters.

You talk – on the phone

Late night texts are one thing, but there really isn’t much you can learn about a person from messages like “are you home?” or “can I come over?” So if you and your current hook-up are now exchanging more than simple texts and have moved on to phone conversations, things could be heating up in a whole new way. If he calls you on the phone, it means he wants to hear your voice and connect in a way that you can’t do via text. You may not talk for long and it may not feel like meaningful discussion, but it is significant if it’s a step up from the booty call – which, come to think of it, really should be called the booty text.

Make it easier to find Mr. Right
5 Tips for making your next date better
6 Signs he’s into you