Breaking up is hard to do – there’s no doubt about it. But there are ways to go about ending a relationship that are more graceful than others. The last thing you want to do when you’re breaking up with someone is draw out the situation or make things harder than they have to be. To help you plan your impending split with as little anxiety as possible, we’ve put together some breakup tips aimed at helping you end things sans stress. 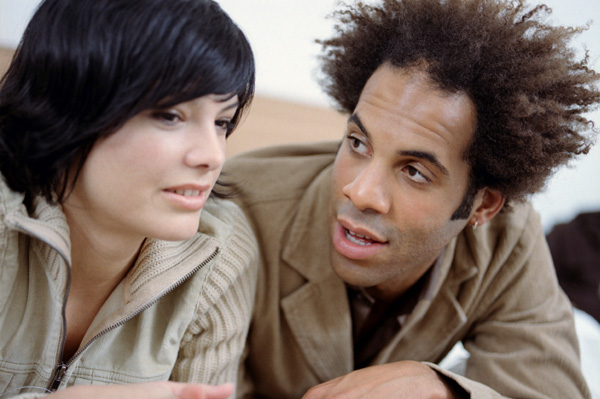 Be clear about how you feel

Even if you want to get the breakup over with as fast as possible (which we’re sure you do), make sure to spell out exactly how you feel and why you want to end the relationship. No matter what you tell him, if he wasn’t expecting the breakup, he’ll be upset, so you might as well help him understand why you’re leaving him. You don’t have to read off a laundry list of things you don’t like about him or that drove you nuts about being with him (see tip three), but if you have your own reasons for falling out of love, give him enough information so he isn’t left hanging, but not so much information that he’s overwhelmed.

Why it‘s important: The point is to avoid leaving him with a head full of unanswered questions – questions he might want you to answer next week or next month or the next time you run into him at the bar.

It can be difficult to be completely honest during a breakup, especially when the person you’re breaking up with is staring at you with such misery. Looking into those puppy dog eyes can leave you feeling nostalgic or guilty about what you’re in the midst of doing – breaking his heart. But resist the urge to give your soon-to-be ex false hope. He may take that false hope and run with it, assuming that somewhere in the near future you’ll come to your senses and run back into his arms.

Why it‘s important: If you don‘t make a clean break the first time, you‘re just going to have to have another equally painful and awkward talk with him going forward. If you‘re really over him, do yourself a favor and move on entirely.

If you’re breaking up with someone, chances are there were aspects of their personality you didn’t like or that eventually rubbed you the wrong way. And if the relationship was less-than-ideal during the weeks and months leading up to your decision to finally cut ties, there is likely animosity between the two of you. Despite your residual anger at how he’s been acting, try not to make the breakup about him. Giving him that laundry list of complaints we mentioned earlier isn’t going to make him very receptive to what you’re saying. He’ll likely get mad – not the mood you want him in as you’re telling him it’s over.

Why it‘s important: A breakup is already tense enough; you don‘t want a full-blown fight on your hands the day you decide to finally do the deed.

Give each other space

Amicable splits happen – they’re rare, but they do happen. If you’re one of the lucky ones, you still want to be wary of trying to go immediately from being in a relationship to being friends. Staying friends always sounds like a good idea, and it is, within a reasonable amount of time. Transitioning a relationship takes time, so before you book that post-breakup drinks date, give each other some space and time.

Why it‘s important: One party might have lingering feelings that the other isn‘t aware of, and getting together too soon after a breakup can cause mixed signals if one person isn‘t as “over” the relationship as the other.