You may think that men don’t understand the value of compliments – wrong! Sometimes we grow tired of handshakes, fist bumps and pats on the back and want nothing more than for that girl we like to talk to us. When she does talk to us, we’d like her to say the following five things. 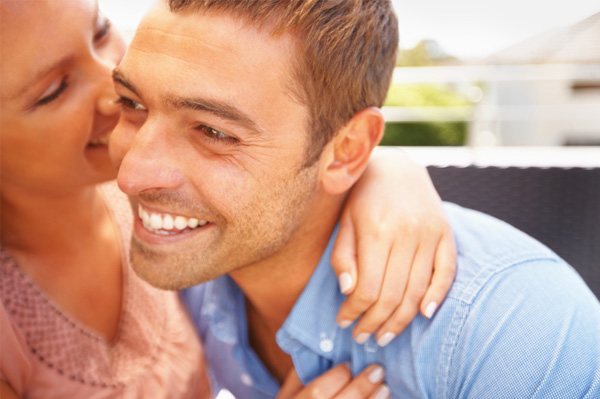 “My friends love you”

There’s nothing that can ruin a relationship quicker than the input of a woman’s friends. If they don’t think that we’re good enough for their “BFF,” then it’s only a matter of time before we’re sent back to single life, slumping ourselves across the bar whilst wondering what on earth we did wrong.

By telling us that we’ve been accepted into your social circle, you’re taking a huge weight off our shoulders and ensuring that the only people we need to desperately seek approval from now are your parents – how hard could that be?

“I told my Dad about how well you‘re doing”

We’ve somehow managed to make cataclysmic fools out of ourselves in every meeting with your parents thus far – from that time where we practically dressed ourselves in pasta sauce in that fancy restaurant to making a series of inappropriate and ill-conceived jokes that have led them to believe that we’re emotionally damaged and slightly racist.

“Have you been going to the gym?”

If by “gym” you mean sitting on our backsides and bleakly staring at cat videos on YouTube, then yes, yes we have. While we’ll initially be confused by your question considering our exercise regimen is almost non-existent (except for those two early morning jogging sessions we did last month), we’ll still take it is a compliment and convince ourselves that all that time spent avoiding enemy fire in Call of Duty somehow equates to a rigorous pectoral and bicep workout.

There are a slew of compliments that we can pay you women such as “gorgeous”, “beautiful” or simply “cute,” but do you know what happens to a man if you call him cute? His masculinity decreases by at least 87 percent and he’s reduced to nothing but a puddle of wasted testosterone. Avoid this by looking deep into our manly eyes, placing your hands on our manly chest and saying “you look really handsome tonight.” Making us believe that you think we look like Ryan Reynolds will at the very least get you another couple of Mojitos out of us.

No matter where we may be when you ask us this question, the answer will always be an unequivocal “YES.”

More on what he knows