When it comes to men, what you see is what you get: good and bad. It shouldn’t take a lot to figure us out. Food, sleep, and a little bit of “fun-time” with our girlfriend or wife pretty much does the trick. However, if you need a reference, these tips below might help, ladies! 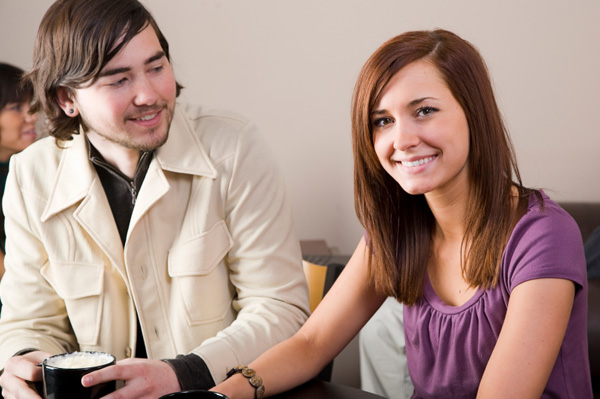 A confident, ambitious man normally pays with his credit card. These men have reached their financial goals, are on-track with a career and comfortable with their status. Guys who pay with cash are usually self-sufficient and tend to be independent types. The man with an empty wallet who avoids paying whenever possible is on the lookout for someone to take care of him.

It’s important to pay attention to a man’s habits for clues to his personality and to find any undesirable habits that are unlikely to change. For example, smokers are generally anxious and set in their ways with the unhealthy habit, and willpower could be a problem for them. Men who drink too much might be hiding some insecurities or a few secrets they’re trying to forget. The gambler is a big risk-taker — getting off on the high, and eternally optimistic that he’ll hit it big. But beware the gambling addict who might just have an eye on your bank account.

Check out your man’s friends for clues to who he really is when he’s not putting on a show for you. Guys who have had the same friends since childhood tend to be sentimental and value loyalty. These guys may not be the most adaptable to change, but once you have their trust, it’s yours for good. Men with a variety of friends from college, work, or the gym adapt to change more easily and are likely to have outgoing personalities. These guys are comfortable in all kinds of social situations.

Most men love sports — and their favorite sport is a major clue to their personality. Guys who enjoy playing or watching team sports, like football or baseball, are big into competition. They like to hang with their friends to watch the games, so be prepared to be neglected during the sport’s season, even if you’re a big fan of their team, too. Guys into solo sports like running, biking or swimming tend to be independent types who savor some time alone. And those rare men who just don’t care for sports? These fellows are probably the free thinking, sensitive types.

Communication clues can tell you a lot about his life away from you. A man who emails instead of calling? Maybe he just wants to edit what he says until he knows you better. But there’s also a chance he’s got another woman, making it too difficult to call you without being overheard. Also, if a man is constantly instant-messaging you, he probably wants more attention then you’re handing out. Beware this needy guy if he fails to take the “let’s talk later” hint. When a man opts for the phone over other communication methods and calls when he says he will, he’s indicating that he’s not afraid of a relationship and intimacy.