If it were up to men, there would be no “signs.” But women just seem to always have to play detective, so they’re looking for clues and signals to give them direction on how to make the next move in a relationship. If we’re not into someone, it’s usually pretty straight-forward to us. However, it there’s any confusion, here a few of those tell-tale signs. 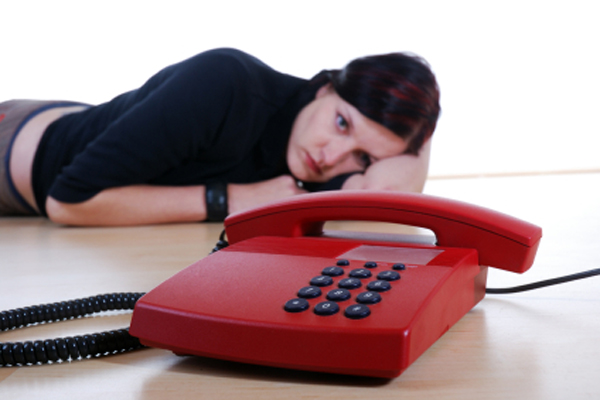 Men aren’t always the pursuers. When we meet a woman, we may be interested at first, but then the attraction fades. It’s not so easy telling a woman you’re just not into her. Sometimes we try to give you a hint — if you pay attention to the signs, you’ll understand you’re not the one we want.

You have to initiate everything

We don’t call, we don’t text and we don’t plan dates. If we aren’t interested, we don’t make the effort. If you’re the one initiating get-togethers and calls, you’re the only one who is interested in moving the relationship forward.

No “getting to know you” conversation

When we’re interested in a woman, we want to learn all about her — and tell her all about ourselves. If your guy is avoiding a getting-to-know-you talk, his interest in you isn’t very deep or lasting.

he Doesn’t come to your place

Do you always go to him? If getting together means you show up at his place, his work, or his favorite hangouts, then you’re the pursuer and he is indifferent. If we’re captivated, we will always come to you.

you haven’t met his family and friends

If we’re serious about you, you’ll meet our friends and family sooner rather than later. If we haven’t bothered to introduce you, it’s a bad sign. And it’s even worse if we party with our friends without thinking to include you.

he Tells you he’s a bad risk

If we tell you we’re a bad risk for a relationship, chances are we’re saying we aren’t available for a relationship with you. It’s similar to being told that we just want to be friends. Believe us, and move on.

he has Wandering eyes

A man who is into you never checks out other women when you are out together as a couple. If we’re obviously looking around at other women, we’re looking to upgrade. Get out while you can!

35 mins ago
by Danielle Sinay