Your man has put his ego aside and apologized. Now that he has said he’s sorry, it’s time to accept his apology and move forward in your relationship. 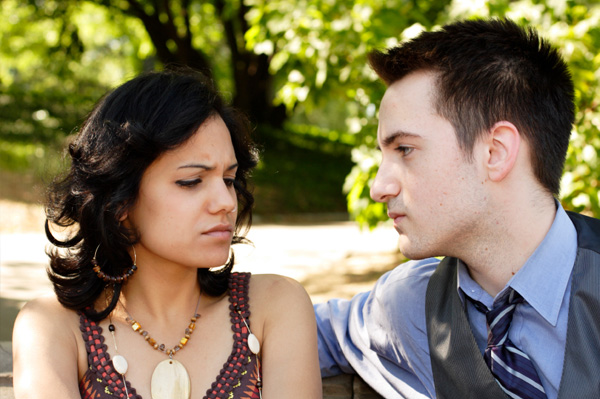 What to say when he says sorry

Sometimes a man says he’s sorry just because he wants an argument to be over. Many men simply don’t have the argument stamina that women possess. Other times, he realizes he made a mistake and really means it. No matter the situation, he wants to see you smile once again and have things move forward. So when he says he’s sorry, thank him and accept his apology. Nothing good can come from saying, “No, you’re not!” or “You don’t mean it!”

What to do when he says sorry

If your man struggles to admit he’s wrong, then apologizing is a big accomplishment. The best thing you can do is accept his apology and forgive him. Life is too short to argue for days about insignificant things like being late or forgetting to call, so move forward. Do something fun together and get on to the make-up sex — you know that’s the best part of arguing with your man! If you want to score bonus points, you can also apologize for your role in the argument. Apologizing will aid in leveling the playing field and allow both sides to move on. If the relationship is new, follow these additional tips on how to survive your first big blowout.

What to avoid when he says sorry

When your man apologizes, avoid dragging out the argument. If you think the offense is unforgivable (e.g., cheating, stealing, etc.) or he’s treating you like a doormat, don’t stay in the relationship. Get out as quickly and as painlessly as possible. On the other hand, if the argument was minor, don’t let it interfere in your relationship. Truly forgive him and work on how to make your relationship better in the future.

No matter who is at fault in the argument, sincerely apologizing and moving toward forgiveness is important. If you are at fault, here are some tips on how to say you are sorry.