There’s all this talk about men being blank canvases with little on our mind aside from who’s playing in tonight’s game and the color of your underwear. But here’s a shocker: we DO have feelings. Of course saying these things outright would defy our manly ethos, so we’ve made it easy on you. Read on to find out! 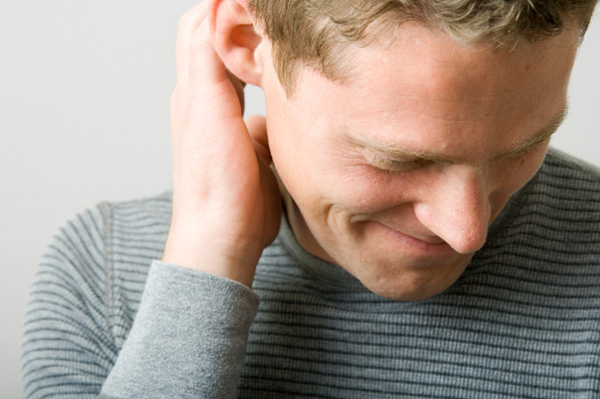 He thinks about sex all the time

Yes, it’s true. The average male under 60 years old thinks about sex at least once a day, and men fantasize more often than women. Even when you’re having a bad day or feel fat, most guys don’t care and are perfectly willing to get down and dirty.

He needs his space

Dudes need their alone time. Whether or not he has a man cave to call his own, guys want space. It doesn’t mean he doesn’t want to be with you — see #1 — he just needs to relax and recharge. Unlike women, men don’t need to leave the house to go somewhere or splurge on a spa day. He’s probably happy laying on the couch with his hand in his pants like Al Bundy. Not that there’s anything wrong with that.

Asking your guy, “Does this dress make me look fat?” is setting him – and you up for no good. The same goes for questions like, “Can I ask you XYZ without you getting mad?” or statements like “Don’t take this the wrong way but…”

He means what he says

Sorry ladies, but it’s true – you think there’s an ulterior motive or a hidden meaning, and that if you just ask us six more times, you’ll get it out of us. Hate to break it to you, but guys just aren’t that deep. When he says “Okay” he really means just that and only that.

Guys may not be deep, but they’re also not dumb

Women have complained for years about unrealistic portrayals on TV. Well, the same applies to guys. Men know how to get a stain out of a shirt, take care of the kids without causing a disaster and how to cook — gourmet meals, not frozen dinners. Guys like to be appreciated for the things they do. So, show your guy some love when he goes the extra mile!

Lingerie: What guys say about your sexy nightwear
Pre-gamin: What he want’s in foreplay
10 Guy phrases decoded

19 hrs ago
by Charlotte Andersen

22 hrs ago
by Carolyn De Lorenzo