Men and women spend most of their lives trying to decipher the inner workings of the opposite sex. Stop playing the guessing game and read on to discover what men are really looking for in a woman. 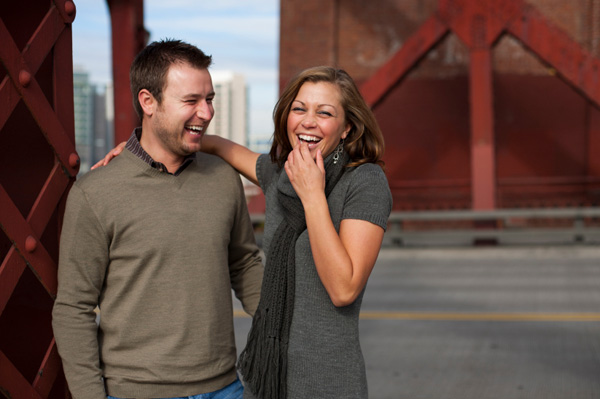 Sure, it’s great to be needed. Guys don’t mind being your shoulder to cry on or the lifters of all things heavy, but they also want a woman who can take care of herself. Men want a woman with her own life, her own friends and her own aspirations. A woman who can handle herself, both emotionally and financially, is a huge turn on. He wants to be your boyfriend, not your babysitter. He wants to know that you had your own life before he arrived, and you would still have that life if he were gone. Making your whole world revolve around him isn’t flattering, it’s freaky.

4 Qualities men want in a girlfriend >>

Men want a woman with a brain

You know that dumb blonde routine that you think guys find so sexy? Yeah, that gets old real quick. A woman with a bit of intelligence can keep him guessing and keep things interesting. It’s pretty hard to spend time with someone you can’t carry a conversation with.

Men want a woman who can take a joke

Every man wants a woman he can laugh with, so you have to have a good sense of humor. He wants a woman who will laugh at his jokes and can make him laugh. And let’s face it ladies, every now and then you’re going to be the butt of his jokes (and probably in a public place). When this happens, laugh. Better yet — fire one right back at him. Don’t take yourself too seriously — it’s not becoming.

Men want a woman they think is hot

No matter how much women try to say looks don’t matter, physical attraction is a big part of any relationship. That doesn’t mean all men are looking for pin-thin model types with huge boobs. All men have a type, be it short, tall, big-bootied or flat-chested. The key is to find a guy who’s hot for what you have to offer. This also doesn’t mean you have to strut around in high heels and short skirts all the time (but every now and then doesn’t hurt). Just take a little pride in your appearance – he likes to show you off.

4 Traits that will set you apart from the pack >>

Men want a woman who wants them

Please, if you take one piece of advice from this article, take note of this: Playing hard to get is lame. Men don’t mind being the aggressor in a relationship, but they also don’t want to feel like they’re running in circles. He will never understand why ladies feel the need to ignore calls and turn down dates from guys they’re interested in. It doesn’t make him more interested, it makes him move on. If you’re interested, let him know. Not only is that appreciated, but it’s really hot. Who doesn’t want to be wanted? Oh, and be obvious, guys aren’t good at taking hints.

More on what men want

Your man’s texts decoded: What he’s really saying 2 u
5 Things he wants you to know about him but won’t say
6 Signs he’s into you

1 hr ago
by Gina Escandon