If it were up to men, we’d wear the same jeans and a t-shirt every day. But, noooo. We have to have a “wardrobe.” And that “wardrobe” has to have some sort of theme (or so say women, at least). Why can’t our theme be different jeans with different t-shirts? Either way, personally, we don’t think being a slob (see #3 below) is so bad, but, to each his own. Let us know what YOU think. 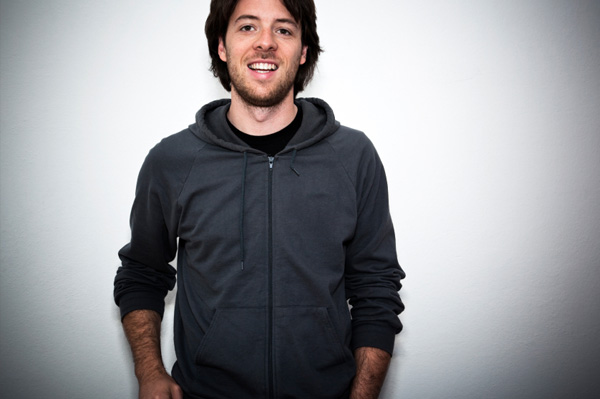 Every morning he spends hours getting ready. It takes a lot of effort to pull off ultra-skinny jeans and faux glasses just right. If your guy is a hipster, he might care about how he looks more than anything else. Where does that put you? Also be wary that your hipster boyfriend might be too much of a follower and not enough of a leader.

You’ve been out of college for years but your boyfriend is still dressing (and acting) like a frat boy. If he’s all about polo shirts and jeans when you go out and sweats when you stay home, then this guy needs to grow up. Frat boys often care a lot about sports and their bros — and not much more.

If his idea of dressing up is wearing a T-shirt without stains on the front, he could be poor, an artist — or he could be a real slob. If your man can afford to dress better but just doesn’t, he’s probably lazy. Before tossing him aside because of his fashion sense, evaluate the rest of his life. Does the way he dresses stop him from getting a decent job? Are you embarrassed for him to meet your friends or your parents? Answer those questions and you’ll know what to do.

Preppy guys care about their appearance but aren’t obsessed with style. They know how to dress appropriately for the occasion and ask your opinion when they need some fashion input. Like his clothes, this guy is probably balanced and stable. Be wary of the preppy guy who is too into labels (a sign he’s superficial and conceited) or has a fashion obsession (he could be batting for the other team).

If your guy has no fashion sense or picks clothing that is geeky and outdated, he’s probably smart, but maybe not all that social. Help him out with a fashion makeover to influence his sense of style. Buy him a couple pieces of clothing that you like so he can get an idea about what you prefer. If he treats you right, it doesn’t really matter if he’s a little bit of a geek.

This guy is like Barney Stinson — you rarely see him out of a suit. Don’t complain — if his job requires a suit, he’s probably doing well for himself. However, suit guy can be a little stuffy and maybe a bit pretentious. If your man is all business, try to get him to let loose and have a little more fun. Take him shopping for more casual clothes and convince him to wear them — at least on the weekends.

More about his style