If you’re dating someone you like but can’t seem to move the relationship forward, the problem could be that you’re with a guy who’s emotionally unavailable. To help give you a better idea of what that means, we’ve created a list of signs that could indicate your man is not available emotionally, which can make it all but impossible to create a solid, lasting bond. Read on to find out more. 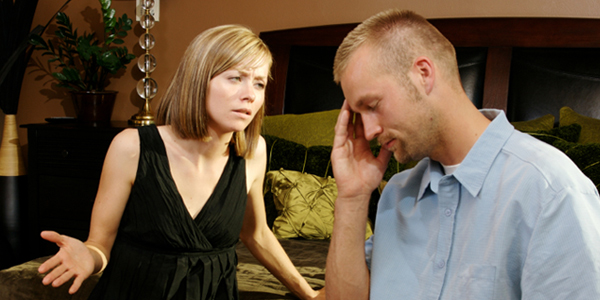 He won’t talk about his feelings

Not all guys like to talk about their feelings. In fact, a lot of them need a lot of prodding to open up. But if your guy flat out refuses to let you in, or worse, shuts down whenever you want to find out what’s going on inside his head, you’re going to have a tough time moving your relationship forward. Putting up walls to avoid sharing anything about how he feels is a surefire sign he’s emotionally unavailable. You can only spend so much time and energy guessing what’s wrong with him or tiptoeing around him because he’s in a bad mood and won’t tell you why. Sooner or later he’s going to have to open up or hit the road.

You don’t know his history

Along with a refusal to let you in on how he’s feeling, if he’s also holding back who he is, where he comes from and what he has done, he’s likely got a problem making emotional connections with those around him. He may give you snippets about his past, but if he never truly gives you an idea about who he is, how are you ever going to get to know him? Some people are slow to reveal their true selves or take their time painting a picture of their past for you, but if he’s emotionally unavailable, you won’t ever get a clear picture of what made him the person he is today. He may have seemed dark and mysterious at first, but trust us, that act will get old fast.

He hates discussing the relationship

An emotionally unavailable man will have absolutely no interest in talking about “the relationship.” Any attempts you make to get him to discuss where the relationship is going, whether or not he’s committed, how he feels about “moving forward” or any other questions or concerns you have, will be met with silence or a series of meaningless grunts. This can be tough to deal with because you never know where you stand, not to mention always having to be paranoid that he’s going to up and leave. If he won’t talk about the relationship, you’ll never get a clear idea of whether he’s happy or not, or if his feelings are as strong as yours. If he won’t tell you what you need to know, you may need to cut your losses.

Does he answer “maybe” to most yes or no questions? He may be prone to being emotionally distant, which can be a relationship red flag. Never being able to commit to anything – plans, opinions, whether or not he’s coming over later – means he can’t (or won’t) let you in close enough to really bond. “Maybe” is something you say when you’re offered more dessert. As in, “Maybe I’ll have some later.” It’s not a very good answer when you’re asking him if he wants to have dinner with you or worse, whether he wants to move in together. Being emotionally unavailable means being distant, rather than enthusiastic about what’s going on. So if you don’t want to be forever in the dark, you might want to reconsider your relationship.

8 hrs ago
by Dr. Lexx Brown-James