Check out this excerpt from “Love for Grown-Ups: The Garter Brides’ Guide to Marrying for Life When You’ve Already Got a Life” in which the authors, Ann Blumenthal Jacobs, Patricia Ryan Laml and Tish Rabe, draw up six grown-up reasons for writing a prenup. 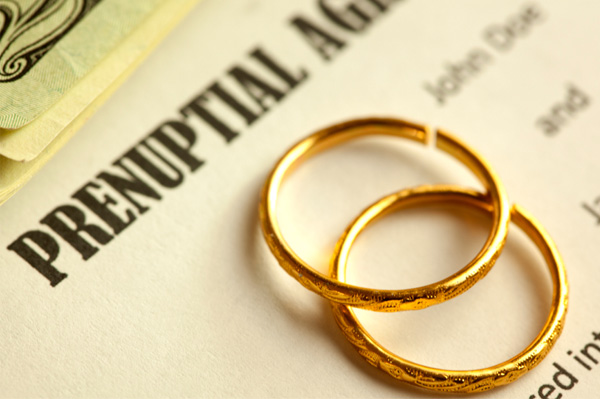 To protect your hard-earned assets

“I’ve always been a very independent working woman. When I got married, he wanted a prenup, and I realized I needed one, too. I didn’t have children, but I wanted to help my niece and nephew with their college tuition if I could.”

To protect a business

“Colin hated asking me to sign a prenup, but because he owned his own business and had been devastated financially when his previous marriage ended, I understood why it was so important to him.” The same protection, of course, could be applied to a female business owner. We know a woman whose business was supporting her and her husband. When they divorced, he got the house and she paid him alimony for three years so she could keep all her business profits and retirement income.

“One thing about being a mature bride is that you know the unexpected happens more often than not. It isn’t that I thought we’d get divorced, but you never know if an ex-spouse or a lawsuit might jeopardize your financial stability. We both came to our marriage with assets we’d worked hard for and wanted to protect. In my twenties, pretty much all I brought to my marriage was my toothbrush. In my fifties, I had things I’d worked hard for. I didn’t want all of that to disappear if, for example, my husband got sued in his business.”

For financial and emotional stability

Corinne says, “When I got divorced, I had the rug pulled out from under me. My son was six months old and nothing was in my name. When I remarried, not having a prenup was a deal breaker for me. I never wanted to feel that vulnerable again. Ironically, my new husband was a tax attorney, but he was more romantic, and I was the one insisting on the prenup!”

To protect and reassure children

A prenup can give peace of mind to grown children, and it’s never too late to have one. One bride remarried at seventy-nine to a man a couple of years older than she. Both were widowed; she had four grown children and he had none. They had a prenup that ensured that all her assets would go to her children. As she told us, “My husband and I both believe what’s his is his and what’s mine is mine, and we felt a prenup was very important.”

To keep state laws from controlling your finances

Depending on where you live, divorce laws may decree equitable distribution. This means property acquired during the marriage may be split 50/50 regardless of who owns it. A prenup allows the two of you to decide how your property will be divided in such a situation, rather than having it dictated by the laws of your state. So, for example, if you own the house the two of you are living in, the prenup can stipulate that you keep the house in the event of divorce. Since these laws differ from state to state, be sure to investigate how they may affect the terms of your prenup, will or other legal and financial issues before you decide to move.

Excerpted from: Love for Grown-Ups: The Garter Brides’ Guide to Marrying for Life When You’ve Already Got a Life by Ann Blumenthal Jacobs, Patricia Ryan Lampl & Tish Rabe (Harlequin/August 2011)

You can purchase the book here >>