We’ve been hearing a lot about the merits of a gluten-free diet lately, thanks for various claims that forgoing gluten can mean an easy road to weight loss and achieving the body you want. But for some people – those with celiac disease – going gluten-free is the only choice they have to manage the disease. Since there is still so much confusion around celiac disease and what it means to be diagnosed, we’re here to shed some light on this manageable but highly misunderstood condition. 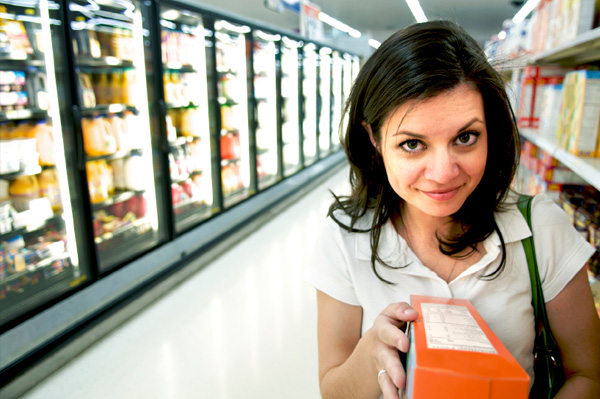 We spoke with Alice Bast, president of the National Foundation for Celiac Awareness, to learn more about this common but under-diagnosed disease. She started the foundation as a way to heighten awareness for the disease and improve the quality of life for those who suffer.

Celiac disease is an autoimmune digestive disease that damages the villi, parts of the small intestine that aid in absorption of nutrients. It is triggered by consumption of gluten, which is found in wheat, barley and rye. When people with celiac disease eat foods containing gluten, their immune system responds by damaging the villi, and when the villi become damaged, the body is unable to absorb nutrients into the bloodstream.

Left untreated, people with celiac disease can develop further complications such as other autoimmune diseases, osteoporosis, thyroid disease and cancer.

Three million Americans have celiac disease, but only about 5 percent of them are accurately diagnosed. Unlike other diseases, with a specific set of clear symptoms, celiac can present itself in a variety of different ways and get mistaken for a myriad of other conditions, Bast explains. In fact, there are a staggering 300 possible symptoms of celiac disease, making diagnosis very tricky. Because of this, 95 percent of celiacs are undiagnosed or misdiagnosed with other conditions.

Some of the most common symptoms of celiac disease include:

Each person who has celiac could have a different combination of symptoms or even none at all.

It took Bast eight years to get a proper diagnosis — and that’s not uncommon. It can take anywhere from 6 to 10 years, she explains due to the wide array of possible symptoms, which often mimic those of other diseases. If you think you may have celiac disease, the first step is to take stock of your symptoms. Celiaccentral.org has a checklist you can download to get a better idea of whether you should ask your doctor for a celiac blood test, called a celiac panel. Suffering from any of the symptoms, especially over a long period of time, could indicate you need to be tested. “I want people to know it is a serious autoimmune disease, and with a simple test we can help people with celiac live fuller lives,” Bast says. “Our goal is to diagnose 1 million people by 2015.”

Prevalence of the disease is on the rise and every four years the prevalence is doubling, though so far there is no indication why.

There is no cure for celiac disease. The only option for managing the disease is to give up gluten for good. “A gluten-free diet is a medical necessity,” Bast explains. She emphasizes, though, that eating gluten-free doesn’t mean living on bland, boring food. “You don’t have to give up your favorite foods and snacks anymore. There are great-tasting products available at your supermarket,” she says. The main thing is to take your new gluten-free lifestyle seriously. “Eating even a small amount of gluten can further damage the small intestine and prevent nutrients from being absorbed.”

Rather than worry about what you can’t eat, focus on the foods you can have. There are many naturally gluten-free foods you can stock up on. Bast recommends shopping the perimeter of the supermarket and loading your cart with colorful fruits and vegetables – something everyone should be doing for optimum health anyway. Other options include rice, quinoa, legumes, rice-based pasta, lentils, buckwheat, lean meats — and companies like Post now are offering gluten-free versions of popular foods. If you’re not sure where to start, it’s a good idea to visit with a nutritionist, who can help you start building a well-rounded, healthy menu. “Don’t be afraid to experiment with your diet,” says Bast. Get started with some easy gluten-free recipes.

Being diagnosed with celiac disease, while not ideal, doesn’t mean your life has to change much. “Once you’re diagnosed, your life is getting better,” Bast says. “The disease is not going to hold you back.”

How to make your favorite recipe gluten-free

Learning that you are gluten-intolerant doesn’t mean that you have to give up your favorite recipes. Here are some ways to modify traditional recipes into ones you can enjoy.

21 hrs ago
by Charyn Pfeuffer