The first major fight is usually a real eye-opener and an experience that can make or break a new relationship. To help you handle your first serious fight, we put together some simple survival strategies. Adhere to these and you’ll be having make-up sex in no time. 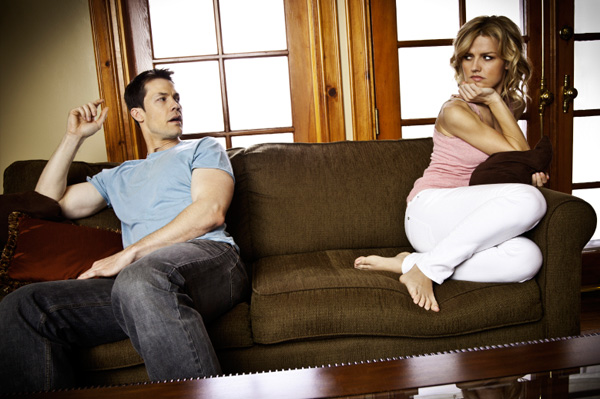 Just because you’ve had a fight doesn’t mean everything is ruined and the seemingly perfect situation you had with your new man is now tainted and destined for dating disaster. Fights happen to even the happiest, most well-adjusted couples and having your first one is a relationship rite of passage. The trick is to stay calm and not take the fight as sign of failure. Now, it’s out of the way and you can get back to being the perfect couple that you were before the epic battle.

Though, never fighting would be weird. All couples have tiffs, so don’t worry about your first one- there are likely plenty more where that came from.

It’s easy in any fight – but especially your first one – to get off track and end up arguing about everything but what the fight started about in the first place. This type of all-over-the-place arguing will get you nowhere and you’ll just end up getting even more frustrated with each other. Avoid taking everything that comes out of your man’s mouth during a fight personally. You will both end up saying things you don’t mean, and instead of jumping on every comment, stay focused on the intial problem.

Hear each other out

You may be tempted – especially if the fight erupted spontaneously – to simply yell back and forth at each other versus actually allowing each other some floor space to state your case. This is natural but also completely unproductive. If you can hold your tongue long enough to hear what the other person is saying, you might actually learn something about where they’re coming from and why they feel the way they do.

Don’t dwell on it

Once the fight is over, try not to dwell too much on what was said. Once the argument plays out and things calm down, it’s time to move forward rather than continue to obsess about what just happened. You both might have hurt feelings or still be reeling from the fight, but it just makes things worse if you drag it out. Make sure to cool off after a fight, as well. Go do separate things to create some space between you and the emotional aftermath of an argument. After you’ve started thinking rationally again, you can discuss any lingering issues with a clearer head.

The best thing that can happen post-fight is that you learn something – about each other and your relationship. Fights aren’t all bad and some of them can actually help move the relationship past issues that are holding it back. Take a closer look at why the fight started and peel back the layers of the fight itself to decipher what needs to be worked on. Are you too demanding? Is he too overbearing? If you can figure out where the problem stems from, you can focus on improving it and moving forward with your relationship.