Relationships end all the time for a variety of reasons. It’s not enjoyable, but it is a part of life, so we thought we’d look a little closer at some of the main reasons why couples call it quits. What we’ve come up with are five factors that seem to be responsible for the demise of most relationships. 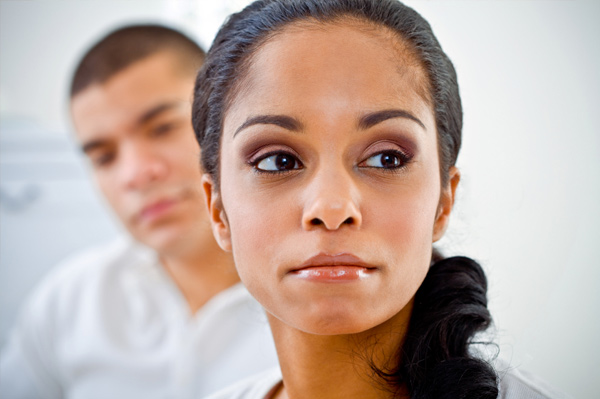 Some couples, no matter how hard they try to get on the same page, just aren’t compatible. Things usually start off OK because their differing opinions about everything make things interesting and actually create a lot of passion. But eventually, once they want to settle down and start making some real life, adult decisions, their opposite points of view start to cause conflict. Opposites attract to a certain extent, but when it comes to creating a life together, raising children and staying connected, incompatibility can cause more frustration than it’s worth and will often be the main factor driving a couple apart.

There really isn’t too much to say about this one. Some couples make it through a case of infidelity – while others simply can’t. Cheating is often a deal breaker for many people since making a commitment means staying faithful, and if your partner can’t do that, how can you trust them? The other issue is that cheating often happens when there’s something already going wrong within the relationship, so by the time one person finds their way into someone else’s bed, the relationship may already have been on a downhill trajectory.

The bond that keeps every relationship going and moving in the right direction (forward) can end up frayed and tattered as time passes. What began as a strong connection that drew the two of you together doesn’t always hold up under pressure. What felt like the ultimate connection between two people at the beginning can end up completely changing. When this happens, you’re left staring at someone you’ve known and loved but who now feels like a stranger. There aren’t many couples who can survive growing apart, and usually it just means the relationship has run its course and it’s time to move on.

It can be frighteningly easy to mistake lust for love. You want to be with someone (and in their bed) 24/7 so it must be love, right? Not so fast. Many relationships end simply because the initial chemistry wears off and there was no substance backing up the sex, so when one (or both) of you are bored with the physical aspect of what you had, there’s nothing else keeping you connected.

This is probably the most frustrating cause of breaking up because even though you might want different things in life, that doesn’t mean you don’t still love each other. If you want kids but your guy doesn’t or he wants to settle down in the suburbs and you want to travel the world – these are tough situations to deal with and when a compromise can’t be reached, there’s often no other choice but to part ways despite any lingering feelings you might have for each other.

More about breaking up