There are many things guys can overlook when it comes to dating and deciding whether a girl has staying power, but other things have the potential to send them running. So if you’re in a new relationship with a guy you think is great, think twice before exhibiting any of the following behaviors – it could be the difference between long-term love and a dating disaster. 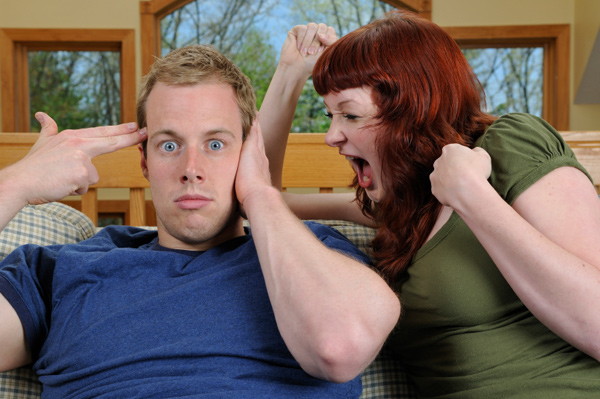 No guy enjoys being around a whiner. Scratch that – no one likes being around a whiner. We all have moments where things don’t go our way or when we feel like everything sucks, but if you’re the type of person who finds fault with everything around you (and who isn’t afraid to voice it), you might want to consider the consequences of all that complaining. If you don’t like something, it’s fine to let people know – it’s when you don’t like anything that causes problems. Hearing someone whine constantly has a way of draining the fun out of every situation, so if you want to hold on to your new man, we suggest holding your tongue.

While a lot of guys can just tune out a diatribe on cellulite or arm jiggle, some guys go crazy (and not in a good way) when the woman they’re with won’t shut up about the size of her thighs. We all want to maintain a healthy weight (and look good in our skinny jeans), but going on and on about all your perceived physical flaws is a giant turn-off and a lot of guys won’t stick around to hear it.

When the green-eyed monster rears its ugly head, a lot of guys aren’t sure what to do. On one hand it’s an ego boost that the person they’re with is feeling a little bit threatened, but on the other hand if there are no grounds for jealousy, you just come off as insecure and a little unstable. If you have a reason to be jealous (as in, you aren’t just making assumptions), then by all means talk to your guy about how you feel. Being insecure about every female that crosses his path, though, will just end up frustrating him.

We don’t know too many guys who can deal with nagging for too long. Being nagged makes most guys feel like they’re in the same room with their mother or that they’re being emasculated – neither of which are good things for a new relationship. He’s a big boy and can presumably make his own decisions, so if you want to avoid sending a guy you like running for the hills, do your best to keep the nagging to a minimum.

This is a tough one because what you perceive as being affectionate and attentive, your new guy could be interpreting as clingy. There is a fine balance between wanting to be with a guy you like all the time and being independent enough to do your own thing sometimes and give him a little breathing room. It’s always safer to err on the side of caution and not aim for 24/7 contact right out of the gate. Have other things to do so you don’t come off as desperate or too close for comfort.

SheKnows.com tells you a few secrets your man never will! Also, we hit the streets to find out what you’ve always wondered.

21 hrs ago
by Ashley Abramson