Knowing when to move in together can be tricky. Even if you’ve been with your man for a while, sharing space is a totally new ballgame, and one that requires an adjustment – so you need to be sure you’re ready. To help you decide whether or not it’s the right time for you and your guy to take the plunge into co-habitation, we’ve put together some telltale signs you’re both ready for the next step. 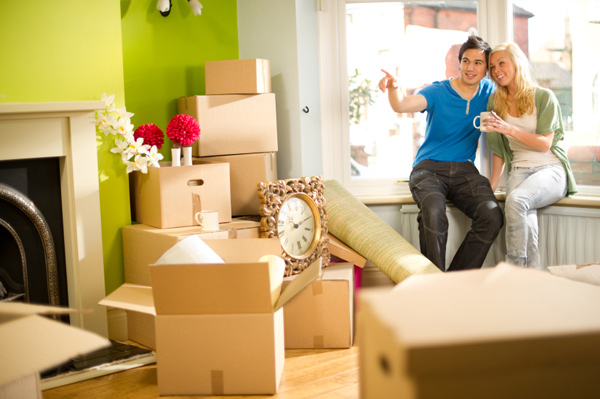 We get that if you’ve been dating for a while you’re obviously very comfortable with your significant other, but sharing space requires a whole new level of comfort. You have to be OK with the fact that he’s going to see you in sweats, sans makeup, crazy hair that should have been washed yesterday and other times that are the opposite of sexy. You also have to be OK with seeing him at his worst and walking into the bathroom only to find he’s trimmed his beard but neglected to clean up so it looks like someone sheared a medium-sized dog on your counter. If you’re fine with all that and prepared for any other strange surprises that can come with sharing space – you’re probably ready to move in together.

Chances are, you’re already sharing space by way of regular sleepovers, which means you’re well on your way to being ready for the real thing. It is important to remember that staying at each other’s places isn’t totally the same as living together though – you can still leave and go back to your own space whenever you want (like when you’ve had a really big fight) and once you’re living together there’s nowhere to hide. So it’s great that you’re almost there, but keep in mind that even though you haven’t spent a night apart in months, moving in together will still be an adjustment.

You want the same things

This is probably the most important indicator that you’re ready to move in together and the one that could make or break the final decision. If you’re going to share space you have to both be on the same page where the relationship is concerned and where you think its heading. One of you can’t be unsure or flip-flopping about the situation. Succumbing to pressure to take the relationship to the next level is never a good idea – you have to be ready on your own. But if both of you are ready and excited to make the move, then there’s a good chance it’s going to work out.

You know each other’s moods

Mood swings are a normal part of life, but when you live with someone you see ALL of them, which can be difficult. Seeing someone when they’re cranky or feeling down can be taxing on a relationship, so if you’re going to live together you need to be prepared for that. A good indicator that you’re ready to cohabitate is if you’ve already seen him at his worst and he’s seen you at your worst because then there are no surprises and you won’t be caught off guard by something he says or does that you’ve never seen before.

How to increase the intimacy in your relationship
Love and gadgets: Tech etiquette for couples
Love Happy: What I’ve learned from living with a boy