Welcome to Love Happy, where we help you successfully navigate the ups and downs of relationship life and share simple tips for keeping love fun, fresh and on track. In this installment, we look at staying angry versus letting go. 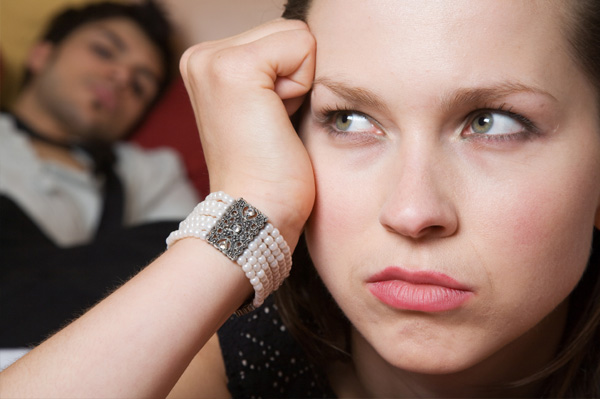 What did you just say?

Last week my boyfriend said something that caught me off guard. We were talking about friends of ours who were dealing with overly-friendly neighbors – neighbors that stopped by uninvited (often) and who couldn’t seem to take a hint that they weren’t welcome. I happened to mention that I wouldn’t be able to be so accommodating with neighbors like that, to which my boyfriend replied, “Ya, that’s because you can be really mean.” It took me a minute to process what he’d just said. “What did you just say?” I asked slowly. He repeated himself, adding the clincher, “And it can be kind of embarrassing.” That’s when I lost it.

Since I was the one who said that I wouldn’t be able to tolerate annoying neighbors, my guy figured that gave him license to agree. Fine. OK. But in my eyes that didn’t give him the right to call me mean and tell me that I embarrass him with my so-called meanness. I get that I put myself out there as someone who isn’t as compliant with people I get annoyed with, but I can say those things about myself whereas I don’t necessarily want him agreeing and then going one step further. He hastily retracted the part about me embarrassing him, but held steadfastly to the fact that I can – when pushed – speak my mind. “But that’s not what you said to start with,” I repeated for the third time, something he just didn’t seem to understand. He figured, since he retracted part of the statement and altered the other, that I should stop being angry. That’s when I got confused.

My time to stew

The whole situation – from the sting of his first comment to his explanation and subsequent retraction – got me thinking about staying mad versus letting something go even when you still feel upset. I found the whole thing a bit confusing. The boy thought I was overreacting and should just get over his comment (which he felt was more of a statement rather than an outright insult). But I needed time to stew, and as I thought more about it, I came to the realization that that was OK. I am a big advocate for talking things through and not holding onto resentment, but despite all that, I just needed my time to be mad at the boy for saying something that hurt my feelings.

Love and gadgets: Tech etiquette for couples
How to increase the intimacy in your relationship
4 Golden rules to relationship success